'What About Atrocities On Us?' Baloch Activists As Pak Raises J&K At UN Pakistan's attempt to corner India on Jammu and Kashmir at the UN Human Rights Council in Geneva was stymied by Baloch activists, who spoke out against the atrocities unleashed by the Pakistani military in its own backyard, Balochistan.

The Baloch Human Rights Council and Pashtuns put up banners outside the United Nations' venue to draw the world's attention against "Pakistani tyranny".

"Pakistan is not a civilised country and should be ashamed of talking about human rights for Kashmiris, especially with the kind of atrocities they have unleashed in Balochistan, Sindh and Pakistan-Occupied Kashmir," said Razzaq Baloch, organiser of the Baloch Movement that seeks independence from Pakistan.

The Baloch activists put up a tent outside the UN office in Geneva and shouted slogans against Pakistan. 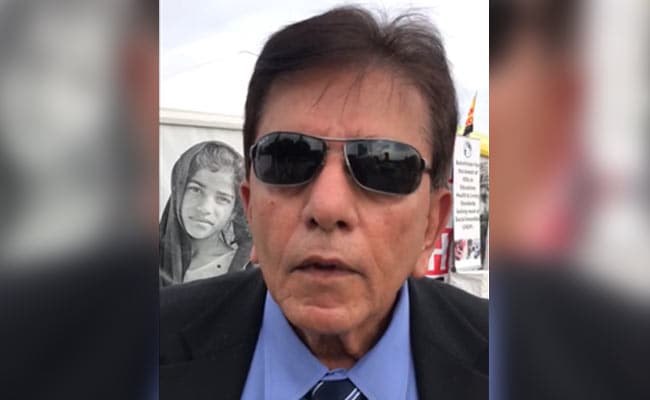 Razzaq Baloch, organiser of the Baloch Movement, criticised Pakistan at the UNHRC in Geneva

Mr Baloch said the region is under occupation of the Pakistani military and nothing less than sovereignty is acceptable to the people of Balochistan.

Nabi Bakhsh Baloch from the US-based Baloch National Movement also criticised Pakistan for its hypocrisy in addressing the Baloch issue. "As long as Pakistan has its foot in our territory, Balochistan will never be at peace. Shah Mahmood Qureshi (Pakistan's Foreign Minister) will never reveal what atrocities are being committed by Pakistan there (in Balochistan). That is why we are here. Who will listen to our voices if we don't come out and speak," said Nabi Bakhsh Baloch, according to news agency ANI.

The people of Balochistan assert that it has always been a nation and existed even before the formation of Pakistan.

At the UNHRC in Geneva on Tuesday, India said Pakistan has no locus standi to speak about Kashmir and its "hysterical statements with false narratives" were meant to "politicise this forum".

India also shredded the Pakistani Foreign Minister's claims of human rights violations and possible "genocide" in Jammu and Kashmir in future. "Pakistan realises that our decision (to modify Article 370) cuts away ground from under its feet by creating obstacles in its continuing sponsorship of cross-border terrorism," said Vimarsh Aryan, a senior official of the Foreign Ministry.

The Baloch Movement organiser said India's move to make Ladakh a Union Territory is a "positive step in containing Chinese influence". "China is a partner in crime of Pakistan. It is looting and plundering our gold and wealth. All gold mining in Balochistan is done by Chinese companies. They have become rich with gold mined from Balochistan. Pakistani military leaders are also beneficiaries of this wealth, and they have put money that belongs to Balochistan in Swiss banks," said Razzaq Baloch.