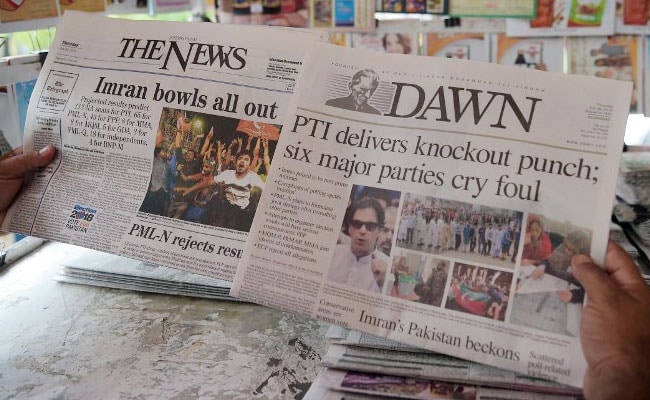 Islamabad: Former Pakistani cricketer-turned-politician Imran Khan inched closer to power today with the results of the country's general election showing a massive lead by his party, even though the party of his jailed rival Nawaz Sharif rejected the eventual result as "blatantly" rigged. The Pakistani Election Commission rubbished the charges, and blamed a delay in the results on technical failures. Mr Khan's camp was increasingly confident, but it still appeared likely to fall short of a clear majority in the National Assembly. Voting for the elections - the only second democratic transition of power in its coup-studded history - took place on Wednesday.

Here is your 10-point cheatsheet to Pakistan general election 2018: