Pakistan election: A bumper crop of radical groups are contesting the poll, with the potential to reshape the political landscape of Pakistan 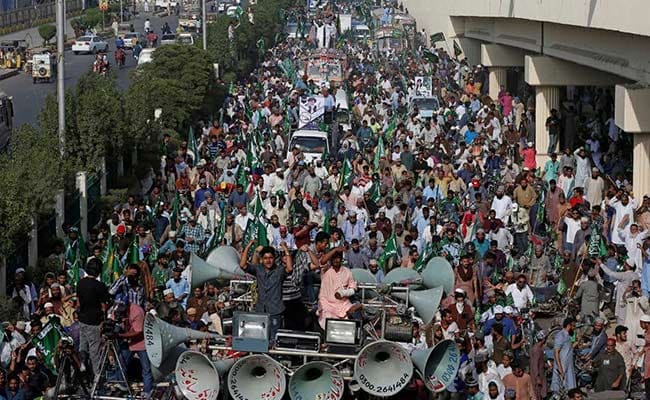 Pakistan election: The new entries are notable for their alleged links to terrorists (Reuters)

Hafiz Saeed is one of the United States' most-wanted terrorist suspects, who masterminded the 2008 Mumbai attacks that killed 166 people. At home, his charities are banned, as is a new political party launched by his followers.

None of that has stopped the terrorist from hitting the campaign trail for Pakistan's July 25 general election, denouncing the outgoing government as "traitors" and whipping up support for the more than 200 candidates he backs.

"The politics of the American servants is coming to an end!" Saeed thundered at a rally this month in the eastern city of Lahore, where supporters showered him with rose petals.

The main race in Wednesday's vote is between the party of now-jailed former Prime Minister Nawaz Sharif, which is seeking a second consecutive term despite its leader's downfall on corruption charges, and the party of former cricket star Imran Khan, perceived as the favourite of the powerful military.

But a bumper crop of radical groups are also contesting the poll, with the potential to reshape the political landscape of the nuclear-armed country of 208 million people with anti-Western rhetoric and calls for ever-stricter interpretation of Sharia law.

The proliferation of religious parties appears to be a fulfilment of a proposal made by Pakistan's military to "mainstream" terrorists into politics, though the parties and the army deny any links.

Even if, as expected, they win few seats, liberal and secular-minded Pakistanis say the sheer number of religious party candidates, combined with their ultra-conservative rhetoric, has already shifted the agenda in their direction.

"The ostensible attempt to mainstream the religious right-wing is not making these parties take relatively moderate positions," said Saroop Ijaz, a lawyer for Human Rights Watch. "But rather, it's radicalising the mainstream."

Religious parties - some new, others established - are fielding more than 1,500 candidates for national and provincial assemblies, compared with a few hundred in 2013.

While Pakistan has always had religious parties, the new entries are notable for their alleged links to terrorists and their rhetorical attacks on mainstream politicians' piety or patriotism.

Pakistan's three main parties all stress devotion to Islam, but the new religious parties portray them - especially the PML-N - as leading Pakistan down a Western-inspired path away from the country's religious values.

One new party, Tehreek-e-Labaik Pakistan, campaigns under the rallying cry "death to blasphemers" and is fielding 566 candidates.

Its candidates rail against the PML-N as blasphemers for a small abortive change last year to election law, which was quickly reversed after nationwide protests in which at least seven people were killed. 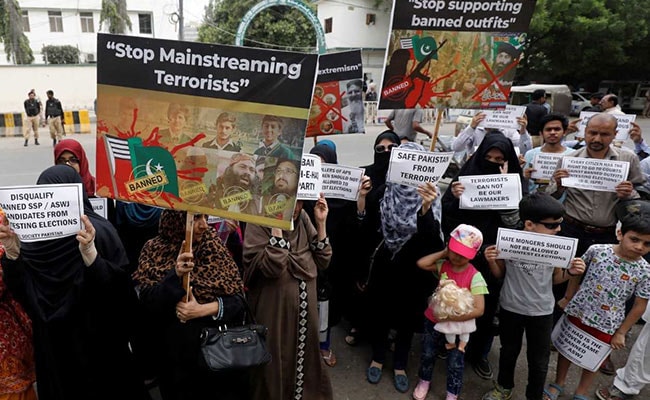 In May, a man police identified as a Labaik supporter shot and wounded then-Interior Minister Ahsan Iqbal as he left a meeting. He told interrogators Iqbal had to die because he was a blasphemer.

Tehreek-e-Labaik leader Khadim Hussain Rizvi condemned Iqbal's shooting. But this month, he said the party could not be held responsible.

"We didn't instigate anyone. These are the emotions of the nation," Rizvi told Reuters, adding. "In a way, it rightly happened."

Leaders of the mainstream opposition parties all condemned the attack on Iqbal.

Still, Imran Khan has also invoked the blasphemy controversy in campaign speeches, defending such language in a recent interview with Reuters.

"You cannot be a Muslim if you don't believe that the Prophet, our Prophet, is the last prophet," Khan said. "So to reiterate and support it is just standing with your faith."

While Tehreek-e-Labaik is a legally registered party, other movements fielding candidates are officially banned in Pakistan but have bypassed the legal restrictions.

Pakistan's Election Commission this year rejected Saeed's charity's application to register a political party, the Milli Muslim League, but the group later registered candidates under the name of an existing party, Allahu Akbar Tehreek, which now campaigns with Saeed's image on its posters.

The United States offers a $10 million reward for his conviction over the 26/11 Mumbai terror attacks, in which several Americans were killed. 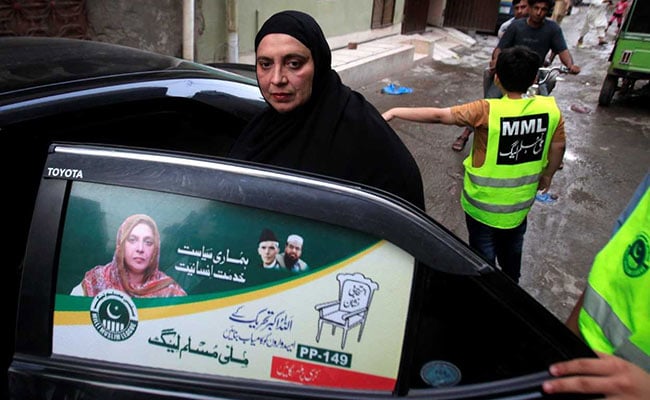 Even if the hardliners win few seats, many Pakistanis say the sheer number of religious party candidates has already shifted the agenda in their direction (Reuters)

Another party, the Sunni extremist Ahl-e-Sunnat Wal Jamaat (ASWJ), is also fielding dozens of candidates under a different name, even though it is banned as the political wing of Lashkar-e-Jhangvi (LeJ), which has killed hundreds of minority Shi'ite Muslims. The party denies links with LeJ.

A spokesman for the Election Commission of Pakistan, Altaf Khan, asked about the banned groups' candidates, said no illegal group had been registered.

"If some political party is registered with us, and it has come through the (legal) process, what's wrong in it?," Khan said.

He added that the commission was investigating complaints of banned parties campaigning under different names. A military spokesman declined to comment on religious parties. The army denies interfering in politics.

However, the military did propose "mainstreaming" terrorist-linked groups into politics in a 2016 National Security meeting, military and government sources have told Reuters. The plan was pitched as a way to reduce violence and extremism under the model of the Northern Ireland peace process.

Critics say the real goal is for new ultra-religious parties to cut into the conservative base of Sharif's party and confer legitimacy to terrorists the army has long been accused of nurturing as proxies.

"They have to be taken care of," political commentator Raza Rumi said of such groups. "So this election is a test case as to how far the goal of mainstreaming these groups can be achieved."

Analysts say even with the increase in candidates, the radicals are unlikely to win more than a dozen or so seats in parliament.

But that might not be the point. Pakistani author and analyst Ayesha Siddiqa, a longtime critic of the military, believes the army, tired of civilian governments challenging its grip on foreign policy and large chunks of the economy, is seeking to weaken mainstream parties.

"The military wants to alter, engineer the national discourse," Siddiqa said. "They want to build a new nationalism. They want a new identity, and that is Islamic identity."