Gurdwara Nankana Sahib, also known as Gurdwara Janam Asthan, is a site near Lahore where the first Guru of Sikhs, Guru Nanak, was born. 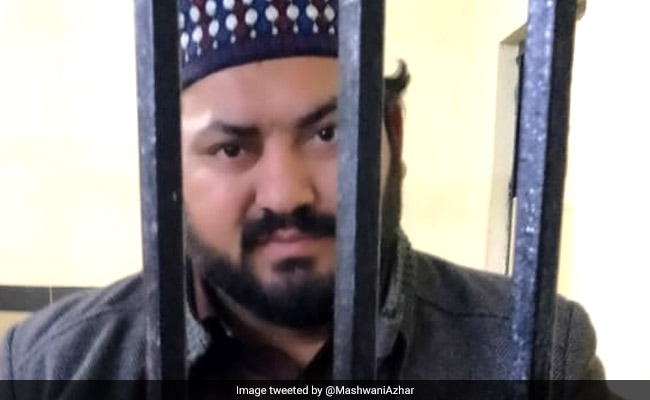 Prime accused Imran Chishti has been jailed for 2 years and fined 10,000 Pakistani Rupees

Gurdwara Nankana Sahib, also known as Gurdwara Janam Asthan, is a site near Lahore where the first Guru of Sikhs, Guru Nanak, was born.

In January 2020, a violent mob had attacked the Gurdwara and thrown stones and threatened to destroy the minorities worship place (Gurdwara Janamasthan) to build "Ghulaman-e-Mustafa" shrine there. However, police had controlled the situation.

"On Tuesday a Lahore's ATC handed down two years jail term to prime accused Imran Chishti and imposed a fine of 10,000 Pakistani Rupees. Two other accused - Muhammad Salman and Muhammad Ahmed - were convicted for six months. However, four other accused were acquitted for want of evidence," a court official told PTI.

All the suspects were present in the court when the sentence was announced. Strict security measures were taken to handle any protest by the religious elements in the wake of their conviction.

Imran Chishti, a government employee working in the Fisheries Department, and other suspects were arrested under terrorism and blasphemy charges following the attack on the Gurdwara last year. They faced charges under sections 295A, 290, 291, 341,506, 148 and 149 of Pakistan Penal Code and 7-ATA (anti-terrorism act).

According to the FIR, Chishti had incited the mob. He wanted to settle his family issue and created a law-and-order situation in the Nankana city. Police said Chishti had deliberately misled the area's Muslim people against the Sikhs for his "family matter".

Convict Chishti is the elder brother Mohammad Hassan who married a teenage Sikh girl, Jagjit Kaur, in September, 2020 after allegedly abducting and converting her to Islam. The Muslims and Sikhs of Nankana Sahib, some 80kms from Lahore, had a face-off over the matter.

Chishti had claimed that his brother has been beaten up by police for "lawfully and consensually" marrying the daughter of the gurdwara's granthi.

Jagjit Kaur has been living in Darul Aman (government shelter house) in Lahore. Her new name is Ayesha. She reportedly has refused to convert back and return to her house.

Mohammad Hassan has been pressured by police and authorities to divorce her.

India had strongly condemned the incident of vandalism at the revered Gurdwara and called upon the Pakistan government to take immediate steps to ensure the safety and security of the Sikh community there.

Hundreds of protesters had also thronged the streets near the Pakistan High Commission in New Delhi demanding that Islamabad provide adequate security to Sikh shrines and community members there.

Shiromani Gurdwara Parbhandhak Committee, the top body which manages Sikh shrines in India, had also urged the Pakistan government to take stringent action against the culprits who attacked the gurdwara - one of the holiest sites in Sikhism.