Kabul has been terrorized by deadly bombings even after Washington and the insurgents reached an agreement "in principle" that would see the US pull thousands of troops from Afghanistan in return for various Taliban security promises. 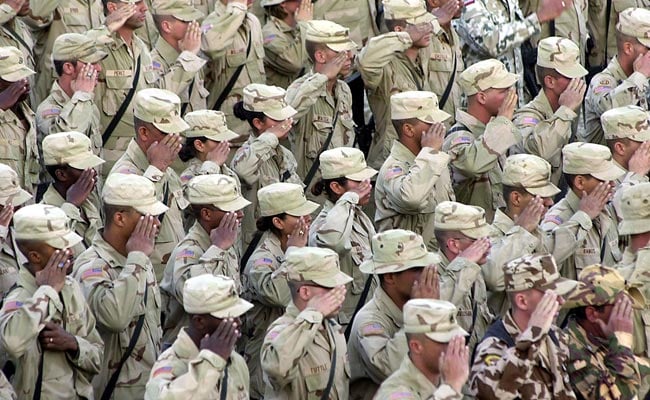 Pakistan, China and Afghanistan on Saturday called for withdrawal of foreign troops from Afghanistan in an orderly manner, as the US and Taliban move closer to a potential deal.

The request follows a wave of insurgent attacks that sparked concerns of a hasty US pullout.

"We shared the view that the withdrawal of foreign troops should be conducted in an orderly and responsible manner in order to ensure smooth transition," Chinese Foreign Minister Wang Yi told a press conference in Islamabad with his Pakistani and Afghan counterparts.

Kabul has been terrorized by deadly bombings even after Washington and the insurgents reached an agreement "in principle" that would see the US pull thousands of troops from Afghanistan in return for various Taliban security promises.

But there is increasing unease about the deal, which Afghans fear will lead to a return of the Islamist extremist Taliban to power.

Former United States ambassadors to Afghanistan on Tuesday warned against a major troop withdrawal without a comprehensive peace accord, but Secretary of Defense Mark Esper on Saturday sought to allay fears that Washington was looking for a quick exit.

Until now, the Taliban have refused to talk to the Afghan administration of President Ashraf Ghani, whom they view as a US stooge. But the prospective US withdrawal deal with the Taliban is expected to require "intra-Afghan" talks between the insurgents and Kabul.

"Pakistan and China look forward to a reconciliation between the Afghan government and the Taliban for peaceful negotiations," Yi said after China, Pakistan and Afghanistan held their third round of trilateral dialogue.

It focused on ways to strengthen cooperation on trade, counterterrorism, intelligence sharing and combating drug trafficking.

Yi said "all parties in Afghanistan need to act in line with the principles of (an) Afghan-led and Afghan-owned framework", which would help promote an intra-Afghan dialogue and explore a future political arrangement acceptable to all.

Yi noted important progress in ongoing talks between the US and Taliban despite uncertainties.

He urged them "to continue negotiations and to reach an agreement".

Afghan Foreign Minister Salahuddin Rabbani expressed hope for "positive steps" by the government of Pakistan leading to a "reduction in violence in Afghanistan."

Kabul and Washington have long accused neighbouring Pakistan, which has helped facilitate the US-Taliban talks, of offering safe haven to the extremists.

Pakistan's Foreign Minister Shah Mehmood Qureshi said his country "will take measures to further manage our borders so nobody uses our soil against Afghanistan or other countries".

A joint statement issued at the end of the trilateral meeting hoped intra-Afghan talks including direct negotiations between Afghanistan and the Taliban "begin soon and lead to full cessation of violence bringing lasting peace".

US-Taliban Talks To Resume Next Week In Qatar