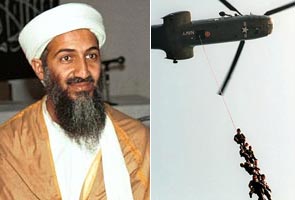 Islamabad: Pakistan's Supreme Court on Monday accepted the government's request to allow Justice Javed Iqbal to head the probe into former Al Qaeda chief Osama bin Laden's presence in the country and the covert US operation that killed him on May 2.

Legal experts had pointed out that a judge cannot be made head of a probe panel unless permitted by the chief justice of the supreme court.

Earlier chairperson of the Supreme Court Bar Association, Asma Jehangir, had raised objection at the commission and said the chief justice of the apex court should have been informed prior to Justice Iqbal's nomination.

Officials said the commission's mandate includes finding out "the full facts" regarding Osama's presence in Pakistan as well as details about the raid by US Navy SEALs that sparked a widespread protest across the country.

Promoted
Listen to the latest songs, only on JioSaavn.com
It will also determine the lapses of the concerned authorities if any and make recommendations.

Opposition leader Nawaz Sharif had also asked the government to form an independent commission to probe all matters related to the presence of Osama in the country and the US commando raid that killed the terrorist in his hideout in Abbottabad town near Islamabad.