New York's Governor Andrew Cuomo said the modified limo that crashed in the town of Schoharie on Saturday was not even supposed to be on the road. 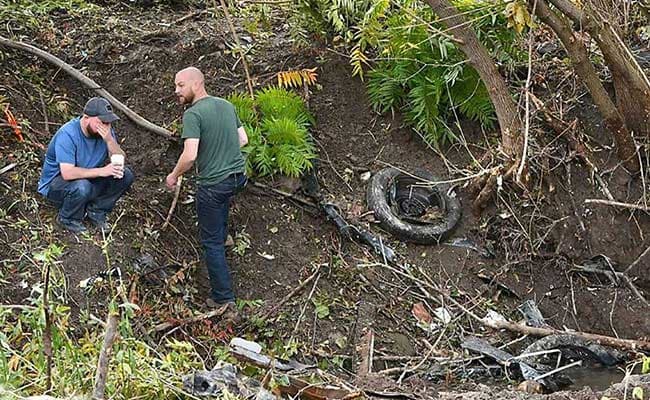 The NTSB is now examining when and how the vehicle was converted and what caused this tragedy.

A Pakistani-origin man, thought to be an FBI informant, owned the monster stretch limousine that was involved in one of the worst road accidents in the US that killed 20 people in upstate New York, media reports said today.

New York's Governor Andrew Cuomo said the modified limo that crashed in the town of Schoharie on Saturday was not even supposed to be on the road.

Moreover, the driver "did not have the appropriate driver's license to be operating that vehicle," Mr Cumo said on Monday as authorities stepped up the probe to find out what caused the tragedy.

Official records also show Prestige Limousines, the company that owns the limo, has been cited for 22 violations in the last 24 months, CBS News reported.

It is owned by Shahed Hussain, who is of Pakistani-origin. According to court and public records, a man by the same name, was caught in Albany in 2001 trying to help someone obtain a driver's license illegally. He pleaded guilty in 2003, and became an FBI informant.

Records show Hussain testified in several high-profile terror cases. A photo taken from surveillance videotape shows him in 2004 as an informant holding an inert rocket launcher during a sting operation, the CBS News report said.

The FBI did not comment on whether Hussain was an informant, the report said.

A New York Times report, quoting a law enforcement official suggested that his son may be operating the limousine company.

The driver of the limo, Scott Lisinicchia, was busted twice on drug charges during the past eight years - including once during a traffic stop, the New York Post reported.

The birthday party guests were riding in a 2001 Ford Expedition that was converted into a limousine.

The NTSB is now examining when and how the vehicle was converted and what caused this tragedy.

"That company and that vehicle have been under scrutiny at the DOT (Department of Transportation) in the past," Major Patnaude.

Major Patnaude said state police investigators have recovered the vehicle's airbag control module, which is the equivalent of the vehicle's black box.

NTSB chairman Robert Sumalt said the limo was configured for 19 seats. Some seats had lap-shoulder belts, but it was not immediately clear if all the seats were equipped with seat belts and whether anyone had them on, Mr Sumwalt said.

All 18 people, including four sisters, in the limo - who were headed to a brewery in Cooperstown for one passenger's birthday party - were killed when the limo that blew past a stop sign and plowed into the parking lot at the Apple Barrel Country Store & Cafe parking lot in Schoharie, New York, on Saturday afternoon.

Two bystanders were also killed by a parked car that struck them when it was hit by the limo.

Officials said the crash is the worst land-transportation accident in the country since 2009.