The Taliban seized power in Afghanistan on August 15, two weeks before the US' complete troop withdrawal on August 31 after a costly two-decade war. 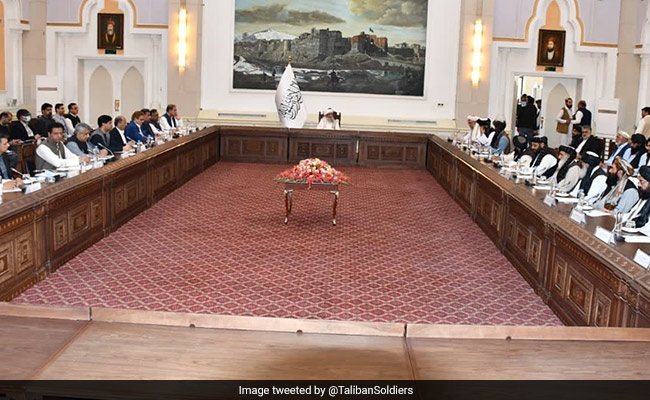 It is believed that Pakistan enjoys a clout over the Taliban

During the day-long visit, the Pakistani delegation will hold talks with Afghanistan's Acting Foreign Minister Amir Khan Muttaqi and call on leadership of the interim government in Kabul and other Afghan leaders, according to Foreign Office.

"The talks between the two sides will cover the entire spectrum of bilateral relations and focus on ways and means to deepen cooperation in diverse areas,” the Foreign Office said.

The Foreign Minister will also share Pakistan's perspective on issues of regional peace and stability, it said.

As a close fraternal neighbour, Pakistan has always stood by Afghanistan, keeping the border crossing points open for trade and pedestrian crossing under COVID protocols, it said.

Facilitative visa regime for Afghan nationals and border crossing procedures for trade and cargo have been instituted, while in recent months Pakistan has also provided humanitarian aid and assistance in the form of food stuffs and medicines.

The visit is taking place after the recent meeting of officials from China, Pakistan, Afghanistan and Russia in Moscow and ahead of an upcoming meeting of foreign ministers of neighbours of Afghanistan plus Russia in Tehran next week.

The interim government of the Taliban has failed to win recognition of the world.

On September 4, Lt Gen Hameed, in a surprise move, dashed to Kabul as the Taliban struggled to finalise and install an inclusive government in Afghanistan. Three days after his visit, the Taliban announced an interim government.

It is believed that Pakistan enjoys a clout over the Taliban and played a key role in their peace talks with the US that resulted in the Doha agreement of 2020.

Pakistan was often accused by the Afghanistan government led by President Ashraf Ghani of giving the Taliban military aid, a charge denied by Islamabad.

The Taliban seized power in Afghanistan on August 15, two weeks before the US' complete troop withdrawal on August 31 after a costly two-decade war.