Through the resolution, the lawmakers demanded strict action against the culprits including controversial religious figures who are involved in forced conversions. 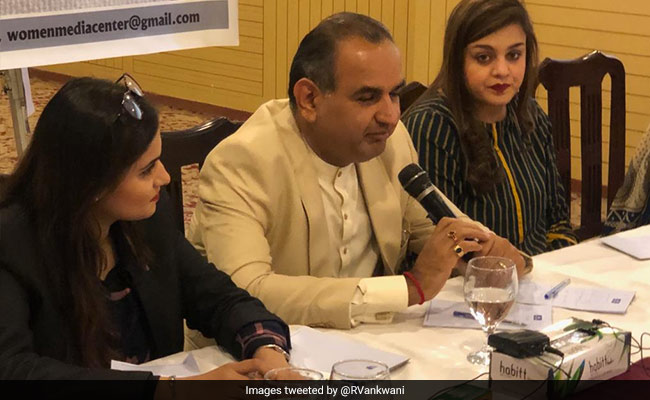 A Hindu lawmaker from Prime Minister Imran Khan's party has moved two bills in Parliament seeking enhancement of punishment for those involved in forced conversion and for making child marriage a cognisable offence, amid the nationwide outrage over the alleged forced conversion of two teenage girls from the minority community.

Dawn reported that the bills, moved in the wake of alleged kidnapping of two Hindu girls and their forced conversion to Islam, were accompanied by a resolution with the support of minority lawmakers from all major political parties condemning such incidents.

The five-point resolution called for immediate passage of the bill against forced conversions, which had been unanimously passed by the Sindh Assembly in 2016 and then reverted due to pressure of extremist elements, from all the legislatures.

Through the resolution, the lawmakers demanded strict action against the culprits including controversial religious figures who are involved in forced conversions.

"All those who are preaching hate under the cover of religion must be handled like banned religious organisations," the resolution said.

Dr Vankwani, who is also patron-in-chief of Pakistan Hindu Council (PHC), later told the media that unfortunately the practice of child marriage was common in all parts of Pakistan, particularly in poverty-hit areas.

He said the bills were intended to serve as a deterrent and to remove the existing gender disparity in age.

The lawmaker said he had moved the bills in line with a PHC resolution that condemned the recent alleged kidnapping and forced conversion of two Hindu sisters, Reena and Raveena, and kidnapping of another Hindu girl, Shania, from Mirpurkhas.

One of the two bills seeking protection of minorities called for sensitisation of government officials, police officials and members of judicial service on the issue. It also suggested setting up of specific courts to hear cases of forced conversions and shelter homes for victims.

The bill proposed imprisonment of either description for a minimum of five years and maximum of life imprisonment and a fine to be paid to the victim by a person who forcibly converts another person.

"Any person who is an abettor to a forced conversion shall be liable to imprisonment of either description for a minimum of five years and a fine to be paid to the victim," it suggested.

The Hindu community in Pakistan has carried out massive demonstrations calling for strict action to be taken against those responsible for abduction, forced conversion and marriages of two teenage Hindi girls, while reminding Prime Minister Khan of his promises to the minorities of the country.

Last year, Khan during his election campaign had said his party's agenda was to uplift the various religious groups across Pakistan and said they would take effective measures to prevent forced marriages of Hindu girls.

According to official estimates, 75 lakh Hindus live in Pakistan. Majority of Pakistan's Hindu population is settled in Sindh province.

According to media reports, approximately 25 forced marriages take place every month only in Umerkot district in Sindh province.