"The meeting held a detailed review of the Trump's statement," Geo TV reported, citing its sources. 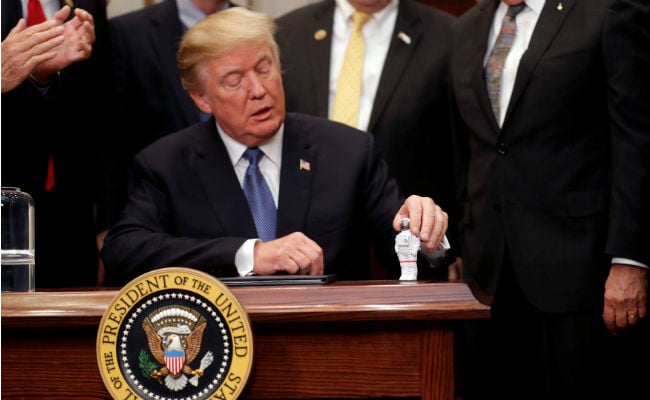 Pakistan Foreign Minister Khawaja Asif today called on Prime Minister Shahid Khaqan Abbasi after US President Donald Trump accused Islamabad of giving nothing to the US but "lies and deceit", a media report said.

"The meeting held a detailed review of the Trump's statement," Geo TV reported, citing its sources.

It said the two leaders also discussed on the country's foreign policy.

In a scathing attack, President Trump accused Pakistan of giving nothing to the US but "lies and deceit" in return for USD 33 billion aid and said Islamabad has provided "safe haven" to terrorists.

"The United States has foolishly given Pakistan more than 33 billion dollars in aid over the last 15 years, and they have given us nothing but lies & deceit, thinking of our leaders as fools," President Trump said in a strongly worded tweet.

"They give safe haven to the terrorists we hunt in Afghanistan, with little help. No more!" President Trump said in his first tweet of the year.

This is the strongest attack that has come from the US president. His remarks came days after the New York Times reported that the US is considering withholding USD 225 million in aid to Pakistan reflecting its dissatisfaction with the latter's reluctance in the war against terrorism.
Comments
Shahid Khaqan AbbasiKhawaja AsifPakistan Trump remark