Sharif was sentenced in July to 10 years in prison by the same court, on charges related to the purchase of upscale apartments in London, after the Supreme Court removed him from power. 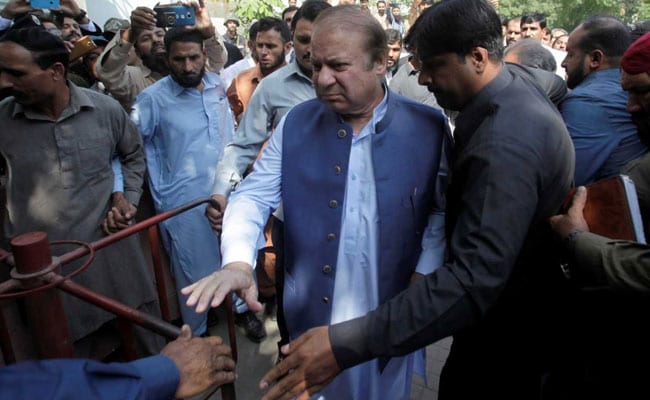 Nawaz Sharif was unable to prove the source of income for the ownership of a steel mill in Saudi Arabia.

A Pakistan court on Monday jailed former Prime Minister Nawaz Sharif for seven years on graft charges that he says were politically motivated.

The anti-corruption court said in its ruling that the three-time prime minister was unable to prove the source of income that led to his ownership of a steel mill in Saudi Arabia.

Sharif was sentenced in July to 10 years in prison by the same court, on charges related to the purchase of upscale apartments in London, after the Supreme Court removed him from power. He was released in September pending an appeal.

Sharif's supporters said he would appeal.

"Appeal is our right, we will protest but will remain peaceful," former prime minister Shahid Khaqan Abbasi, who succeeded Sharif last year, told reporters outside the courthouse in Islamabad.

Sharif was ousted and disqualified from holding office by the Supreme Court in July 2017 and jailed earlier this year in absentia. He was arrested on July 13 upon returning from London.

The court ruled on two charges related to Sharif's assets: the ownership of the Al-Azizia Steel Mills in Saudi Arabia set up by Sharif's father in 2001, and Flagship Investments, a company established by his son, Hasan Nawaz, and owns luxury properties in Britain.

Sharif was found guilty on the first charge seeking details on how his family came to control the steel mill. He was acquitted on the second charge.

Sharif denied the charges which he said were politically motivated. He accused the military and courts of working together to end his political career and destabilise his Pakistan Muslim League-Nawaz (PML-N) party.

Sharif was once a favourite of Pakistan's powerful generals but had a falling out and clashed with the military.

The military has denied exerting any influence over the court proceedings.

Daniyal Aziz, a former lawmaker from Sharif's party, described the verdict as "the weaponisation of anti-corruption".

"With each passing day an expression of a double standard is coming forward from the NAB," Aziz said, referring to the watchdog National Accountability Bureau that charged Sharif.

Ahead of the verdict, hundreds of Sharif supporters clashed outside the courthouse with police who fired teargas against stone throwing protesters.