"Our Children Will Starve," Say Pakistan Farmers As Locusts Breed

Pakistan has sought help from China to try to wipe out the insects. On Febraury 24, an eight-member Chinese delegation came for a week to assess the condition in the fields. 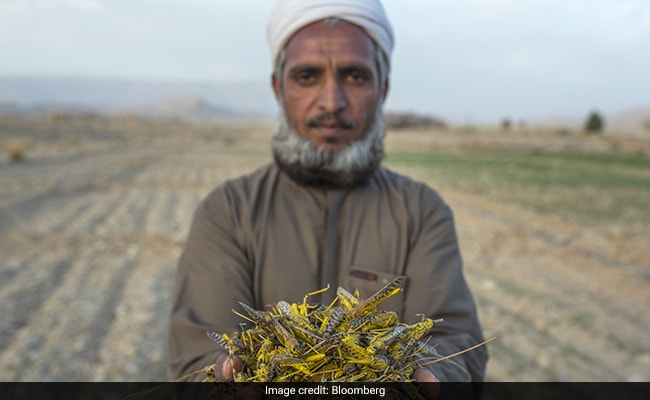 "Every farmer in the village has lost crops worth hundreds of thousands of rupees," said Saadullah Zehri.

Three swarms of locusts this year have all but wiped out Saadullah Zehri's wheat crop on his small farm in the mountains of Pakistan's vast and arid Balochistan province. He's worried about what's coming next.

"Every farmer in the village has lost crops worth hundreds of thousands of rupees," said Zehri, 33, a father of six. But in the hills surrounding the village of Nur Gamma, two hours' drive north of the city of Khuzdar, are hundreds of thousands of pods of orange-colored eggs waiting to hatch into a new plague in time to devour his most valuable crop.

"I'll sow cotton on about 20 to 25 acres for the next harvest," he said. "But I'm afraid these new locusts will come and destroy our crops again." Planting of cotton, a mainstay for Pakistan's farmers, textile mills and clothing factories, begins this month, with harvesting in October.

Pakistan has sought help from China to try to wipe out the insects. On Feb. 24, an eight-member Chinese delegation came for a week to assess the condition in the fields. China agreed to provide spraying equipment and 300 tons of pesticide, Pakistan's National Disaster Management Authority said in a statement on March 6. "Chinese technicians will train Pakistani plant protection staff to use the equipment," it said.

The pest damage could cut Pakistan's economic growth to less than 2% in the fiscal year ending in June, said Khurram Schehzad, chief executive officer at Karachi based advisory Alpha Beta Core Solutions Pvt. Before the effects of the locusts, the central bank had been forecasting growth of as much as 4%. Add in the impact of the coronavirus on the global economy and the outlook could be even worse.

The twin plagues have hit a government that is already struggling to tame inflation that reached a 10-year high of 14.6% in January and meet the terms of its latest International Monetary Fund bailout. The world's fifth most populous nation is having to cope with sporadic shortages of essential food items like sugar and wheat flour. Prime Minister Imran Khan's administration said it will raise the guaranteed price for wheat to support farmers and import 300,000 tons of the grain to bolster supplies of flour.

"Every farmer here used to reap about 100 to 200 bags of wheat, but all that has gone. The locusts have eaten it," said Abdul Qadir, a farmer from Pashta Khan Moulla in Balochistan. He said there are at least 2,000 people in the village and all of them depend on income from farming. "If the locusts damage our cotton crop, our children will starve." 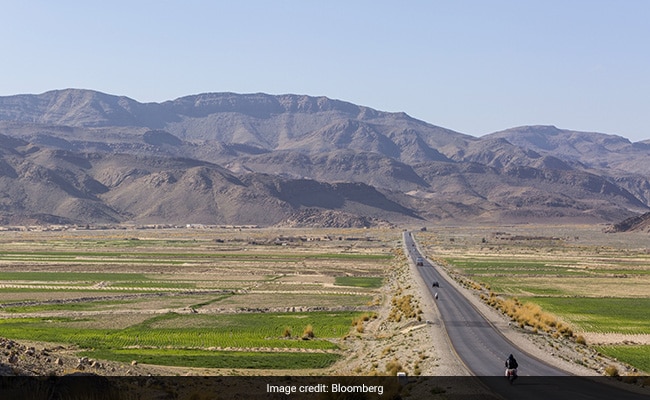 Wheat fields line the desert road between the Khuzdar and Quetta mountain ranges in Balochistan province.

At stake is the raw material for the textile industry, Pakistan's biggest employer and the source of 60% of its exports. This year, the country is expected to produce 9.45 million bales of cotton, the lowest total since 2015 and 26% below its target. That means it will have to import a record quantity of the fiber.

"Textile and spinning mills expect to import 5.5 million to 6 million cotton bales,'' said Usman. "This will be a record."

Swarms of desert locusts occur irregularly in North Africa, the Middle East and South Asia, usually when a drought is followed by heavy rain. There hadn't been a major plague of the large grasshoppers for decades until numbers began to explode uncontrolled in the Empty Quarter of the Arabian peninsula in 2018. Over the past year, the swarms crossed into Africa and Iran and onto Pakistan and India, destroying harvests as they went. More than 140,000 acres of crops have been damaged in Pakistan alone since last April. Desert locust eggs lie all over the ground near Nur Gamma village.

"This is the worst locust attack we have seen since 1993," said Falak Naz, director general of crop protection at Pakistan's Ministry of Food Security. He said a new generation of eggs is hatching that may also threaten India, as well as the fertile valleys of Punjab and Sindh provinces which supply much of Pakistan's food. "The locusts will attack our crops in Punjab and Sindh again in May and June," he said.

In the villages north of Khuzdar this month thousands of the yellow locusts filled the air. Females were visibly full of eggs in long tubes that officials said would soon be laid. Many more of the pests lay dead from insecticide or age, while others could be seen mating furiously in the ravaged wheat fields. Syed Zulfiqar Ali Shah, a Balochistan agriculture officer, said each locust can eat double its weight.

Government workers have been spraying insecticide from two vehicles over the land in the district, said locust control official Saeed Ahmed. In February, the government of Prime Minister Khan declared an emergency and agreed to spend billions of rupees to kill the insects.

Minister for National Food Security and Research Makhdoom Khusro Bakhtiar told reporters on Jan. 19 that the country had sufficient wheat stocks for domestic demand and promised to punish those involved in hoarding or profiteering.

But government reserves in remote areas like rural Balochistan are often old and poorly stored. In a government warehouse in the Chandni Chawk area of Khuzdar, more than 170 tons of reserves have been sitting in bags for up to six years.

"This isn't wheat any more. It has turned into sand," said Rehmatullah, the 50 year old caretaker of the warehouse. "Insects are eating it."

The swarms have made a hard life even harder in the scattered desert villages of Balochistan, the largest, poorest and least inhabited province in Pakistan. Wracked by decades of insurgency and unrest, many people still live in mud houses and use wooden fuel for cooking. None of Zehri's six children go to school as there is no school in their village.

"We'll fall into a huge debt if they do this to our cotton," he said, standing among the chewed remains of his wheat stalks. "My family would lose at least 1.8 million rupees" ($11,400). 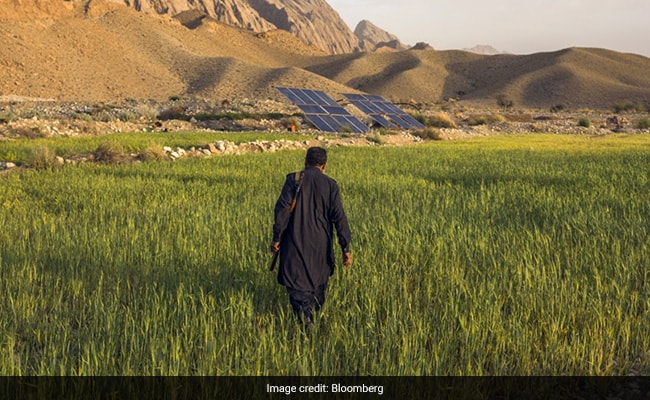 Abdul Qadir walks through a field at Pashta Khan Moulla village in Balochistan.

Not everyone is unhappy with the insects that locals call molakh. Zehri's seven-year-old son Obaidullah is trying to catch them in flight. "We have a lot of fun chasing these flying molakh," he said. "I play with them."

But his father is worried. "The government teams are making sprays to kill them but I don't think they can kill them all," said Zehri. "This is the creation of God. They will be reborn."