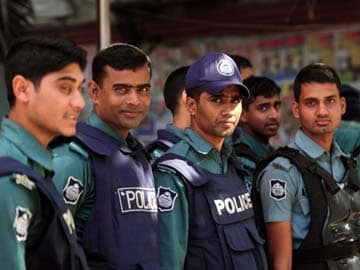 Dhaka: One person was killed on the first day of opposition parties' countrywide nonstop blockade in Bangladesh to foil the January 5 general election.

An activist of Jubo Dal - a front organisation of main opposition Bangladesh Nationalist Party (BNP) - was killed when security personnel opened fire on protesters in retaliation for their attack in east-central Chandpur district on Wednesday, police said.

Blockade campaigners attacked a Border Guard Bangladesh (BGB) vehicle on its way to Hajiganj area in the district, they said.

The opposition members started pelting stones at the BGB vehicle. The troopers tried to chase them away leading to the clash.

Besides this incident, no other major untoward incident was reported from any corner of the country. Security personnel are maintaining a tight vigil across the country.

The BNP-led 18-party opposition alliance is boycotting the polls and political violence during nationwide strikes and blockades enforced by the opposition have left over 120 people dead and crippled the economy since November. It was demanding election under non-party caretaker government to oversee the polls.

Promoted
Listen to the latest songs, only on JioSaavn.com
Besides the opposition, a key ally of Hasina's Awami League party has also boycotted the polls. Prime Minister Sheikh Hasina, however, insists the vote will go ahead as planned.

Since declaration of the election schedule in November, the opposition had observed nationwide blockade for 22 days in five phases.
Comments
DhakaBangladeshelections