Once Harassed Herself, South Korean Lawyer Fights For #MeToo Victims

Shamed by her supervisors and sidelined by her colleagues, Lee's career as an international sales representative at the company stagnated. 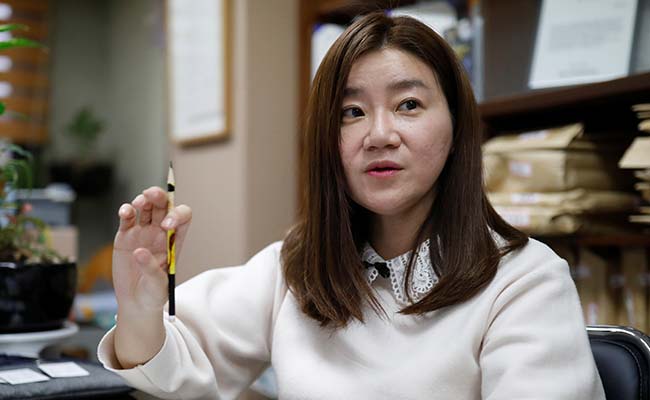 Lee filed a case against Samsung in 2010, the court ruled in her favor.

Seoul, South Korea: Almost a decade ago, Lee Eun-eui was thrust into a lonely battle against her employer Samsung after she reported unwelcome touching by a superior.

Shamed by her supervisors and sidelined by her colleagues, Lee's career as an international sales representative at the company stagnated.

"No one will be on your side," Lee says her boss told her.

After two years, Lee won a lawsuit against her employer Samsung Electro-Mechanics Co Ltd, prevailing against part of a conglomerate so large and powerful in South Korea that the country is often referred to as the "Republic of Samsung".

Lee has since built a new career as a lawyer helping other South Korean women with sex abuse cases.

Haunted by her colleagues' silence, Lee hopes the #MeToo movement now sweeping the country will inspire more people to stand up for women who might otherwise experience the shame and silence she faced.

"What people need to think about now amid the #MeToo movement is empathizing with those #MeToo stories that are not personally related to them," Lee said.

After sluggish start, the global #MeToo movement has gathered pace in South Korea, leading to accusations in recent weeks of sexual assault and harassment against prominent politicians, entertainers and religious figures.

Seoul has since vowed to strengthen laws against sexual assault and implement measures to reduce harassment.

Lee's personal battle began in 2005 when she reported the abuse to her human resources department, only to be ostracized.

In desperation, she filed a complaint to Samsung's chairman Lee Kun-hee. Lee says the Samsung chairman did not respond.

"If I was a little bit weaker mentally, I would have jumped off the building at Taepyung Street," Lee said of Samsung's then headquarters.

In 2008, Lee filed a civil lawsuit alleging her employer did not do enough to protect her while inflicting mental pain on her.

The Suwon District Court ruled in her favour in 2010 and ordered Samsung Elec-Mech to pay her around 40 million won ($37,460) in damages.

"Although the plaintiff was sexually harassed at work, the defendant Samsung Electro-Mechanics did not take an appropriate measure and even put her at a disadvantage. Therefore, it is clear that this inflicted mental pain on the plaintiff," the court verdict said.

Samsung Elec-Mech did not comment after the case and declined comment when contacted by Reuters for this story.

Lee thinks her case did lead to needed reforms at Samsung, which did not appeal the verdict and has since treated sex abuse cases more fairly, according to Lee, citing feedback from her former colleagues.

"Samsung is very sensitive about problems they have experienced," she said. "I think we have both grown up by confronting each other."

"I HAVE BEEN THERE"

Other lawyers supporting victims say there have been improvements with South Korea's handling of sexual abuse cases to better help those seeking justice in the courtroom.

"In the legal realm, courts have recently begun to accept victims' testimonies as direct evidence rather than circumstantial evidence if those testimonies are detailed and consistent," said Kim Soo-jin, an attorney from the Korean Women Lawyers Association.

Lee has been offering free legal help for victims of sexual violence since 2015, as part of a South Korean government's programme to support the victims. She says many are still hesitant to take their cases to the court.

"Office workers are still afraid of talking about their stories publicly... There are many loopholes where companies can take minimal actions and get away from it," Lee said.

Promoted
Listen to the latest songs, only on JioSaavn.com
"It is not victims' preference to come out and talk. They are desperate. I know, because I have been there."
© Thomson Reuters 2018