Nuclear Deal "Not Dead Yet" Despite Commitment Roll Back: Iran

Iran said it was taking a further step back from its commitments, although it also said it would continue to cooperate with the U.N. nuclear watchdog. 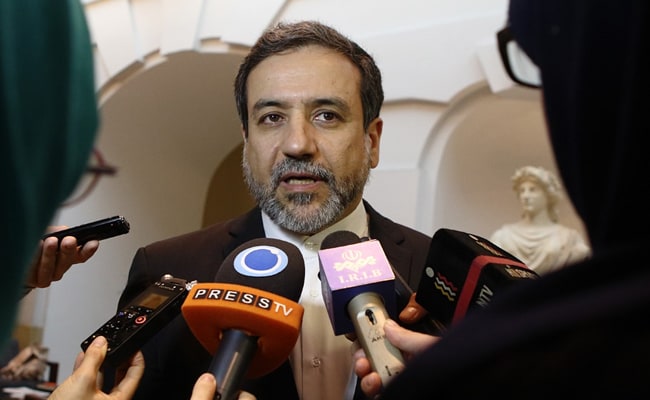 Iran has already breached many of the restrictions under the pact

Iran said on Sunday it was taking a further step back from its commitments, although it also said it would continue to cooperate with the U.N. nuclear watchdog.

Its announcement coincided with a major escalation of tensions with Washington following the U.S. killing of top Iranian military commander Qassem Soleimani in a drone strike on Friday in Baghdad.

Iran, which says its nuclear program is for civilian purposes, has already breached many of the restrictions under the pact in response to Washington's withdrawal from the accord in 2018 and its reimposition of sanctions on Tehran that have crippled the country's economy.

"The nuclear deal is not dead yet," said Araqchi, who is also a senior nuclear negotiator.

"We are ready to come back to full compliance with the deal depending on the ending of sanctions and gaining from the economic benefits of the deal."

European parties to the deal could launch a dispute resolution process this week that might lead to renewed U.N. sanctions on Tehran, European diplomats told Reuters on Monday.

Iran has criticized Britain, France and Germany for failing to salvage the pact by shielding Tehran's economy from US sanctions.

(Except for the headline, this story has not been edited by NDTV staff and is published from a syndicated feed.)
Comments
Iran nuclear dealUS IranUS Iran Conflict