Greta Thunberg Seeks Lift Back Across Atlantic To Climate Meet

Greta Thunberg was one of around 25,000 delegates expected in Santiago for the United Nations climate summit, until Chile pulled out as host this week due to deadly anti-government protests. 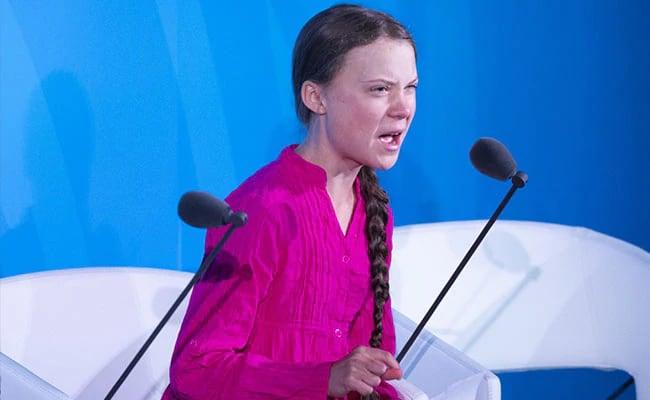 Greta Thunberg rose to prominence after she started spending her Fridays outside Sweden's parliament.

Teen climate activist Greta Thunberg had made it half-way from Sweden to Chile by boat, train and electric car when next month's UN climate summit was unexpectedly scrapped.

But as a new venue was announced Friday for the gathering called COP25- this time in Spain- the 16-year-old didn't bat an eyelid: she simply asked for a lift back across the Atlantic.

"As #COP25 has officially been moved from Santiago to Madrid I'll need some help," Thunberg tweeted from Los Angeles. "It turns out I've traveled half around the world, the wrong way"

"Now I need to find a way to cross the Atlantic in November... If anyone could help me find transport I would be so grateful," said the teen, who refuses to fly because of the carbon emissions involved.

Thunberg's highly publicized journey has so far involved crossing on a zero-emission sailboat from the coast of England to New York, traveling overland through North America by train and in an electric car borrowed from Arnold Schwarzenegger.

She was one of around 25,000 delegates expected in Santiago for the United Nations climate summit, until Chile pulled out as host this week due to deadly anti-government protests.

The United Nations announced Friday that COP 25 will finally take place in Madrid, on the original scheduled dates of December 2-13.

Students across the world began emulating her campaign, leading to organized school walkouts and the rise of the "Fridays for Future" movement which targets government action on climate change.

(Except for the headline, this story has not been edited by NDTV staff and is published from a syndicated feed.)
Comments
Greta ThunbergUN Climate MeetSweden