Not In My Backyard? Mainstream Scandinavia Warily Eyes Record Immigration 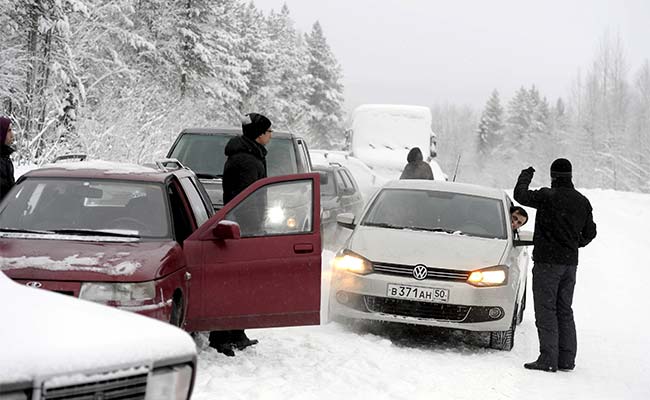 Asylum seekers wait to cross the border between Finland and Russia at Salla, on the Russian side of the border, January 23, 2016. (Reuters Photo)

OSLO-STOCKHOLM: Norwegian officials called the school guards "extra supervision". Critics said the plan to post security personnel near an Oslo school in case of assaults by newly arrived refugees was an ugly euphemism for intolerance.

Across the border in the far northern Swedish town of Kalix, a traditional bastion of centre- left politics, over 100 residents signed a petition against plans to turn a 19th century country house into a reception centre for unaccompanied minors.

The debate among these liberal Scandinavian stalwarts would have been unheard of a year ago, underscoring how concern about a record influx of immigrants is percolating into the Nordics' mainstream from the populist fringes.

Anti-immigrant, populist parties have gained support since some 250,000 refugees entered the Nordics last year. A record 163,000 refugees arrived in Sweden and the far right is vying for top spot in polls. In Denmark, the anti-immigration Danish People's Party is the second largest in parliament.

But it is a backlash among the mainstream that may be the biggest change. There are signs that voters may be broadly supportive of immigrants but not in their own backyard. From welfare cuts to new ID checks, it is a trend that shows the limits of even some of Europe's most open societies, and may represent a sea change for politics in Scandinavia.

"It's a big change happening close to us. In all neighbourhoods there are concerns," said Pia Almvang, head of the parents' association at Lysaker primary school in a leafy well-to-do area of villas near Oslo, cut through by a motorway with cheaper four-storey blocks of flats built alongside.

"The parents just want to look after their kids."

The town council agreed to parents' requests for extra security by a motorway underpass near a refugee centre for 600 people that opened this month. After criticisms of "asylum guards" the proposal was withdrawn, but it had already polarized this middle class community.

A February survey showed immigration as the main concern for 40 percent of Swedes, easily trumping worries over failing schools, joblessness and welfare. The change over half a year was the biggest opinion swing in the poll's history. 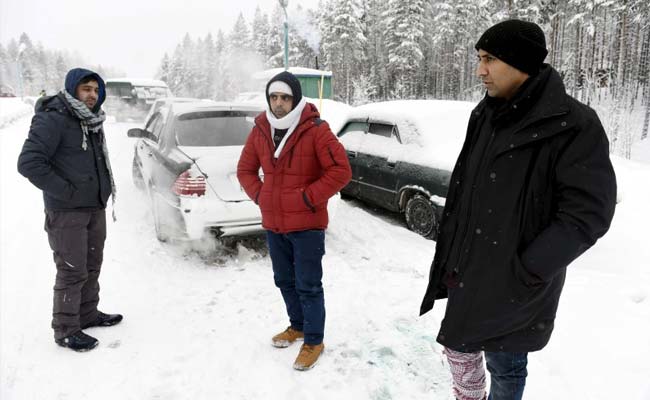 Asylum seekers wait to cross the border between Finland and Russia at Salla, on the Russian side of the border, January 23, 2016. (Reuters Photo)

From taking in Vietnam draft dodgers in the 1960s to Balkans war refugees in the 1990s, Sweden has been proud of its open door policy for decades. Norway has been among the leaders in helping refugees worldwide with aid.

While the asylum situation has led to an outpouring of support from many Swedes - charities reported record donations last year - it has also led others to worry about the effect on schools, crime and the country's welfare state.

In Kalix, hit by a decline in the paper industry but still a bastion of Social Democrat support, residents have petitioned the council to abandon plans for a centre for around 30 unaccompanied children.

"I have a big heart and I believe we have to help, so it's not about that, but enough is enough," said Anne-Maj Ostlund, a 75-year-old retired school teacher who lives close to the yellow-painted wooden villa in Kalix, being used as a hostel

Middle class neighbourhoods in Stockholm and Gothenburg have seen meetings where furious citizens have questioned politicians over refugees' housing.

Police were called to one meeting in Haninge, near Stockholm, where the local authority had gathered residents and parents of pupils at a nearby school to inform them about plans for a centre for unaccompanied minors.

Council workers were met by shouts of "they are going to rape our children," and "who will take responsibility when someone dies".

Mainstream parties in Sweden are now proposing measures against immigration that were only the ground of the far right a few years ago. Prime Minister Stefan Lofven, who once told crowds that "My Europe does not build walls", tightened asylum rules and border controls with ID checks.

In Denmark a bill tightening immigration laws, including the confiscation of refugees' valuables, passed with overwhelming support including the centre-left Social Democrats.

It was a sign of the times that when Sweden's centre left interior minister said the government would deport 80,000 immigrants this year, former Foreign Minister Carl Bildt tweeted the "probable aim is to send a signal that new ones are not welcome."

The concerns are not just related to security but that the Nordic state is under threat from the high fiscal cost of newcomers and the sense that civic trust which underpins a culture of high taxes is being eroded.

Nordic nations have the highest percentage of people agreeing that "most people can be trusted" when asked in international surveys, helping drive a consensus for high taxes and extensive welfare.

"The Nordic welfare state works due to trust. You have to trust that people work and pay taxes when they are able to do so," said Gert Tinggaard, professor of political science at Denmark's Aarhus University.

"The second condition is that you also have to trust the politicians," he added. "You get a bang for your buck."

The IMF estimates that Sweden will spend 1 per cent of its gross domestic product on asylum seekers in 2016, by far the highest of 19 European nations surveyed.

Last year, Sweden had to find an extra 70,000 school places due to asylum seekers, on top of 100,000 pupils that normally enter the school system for the first time in any given year.

In a country where speaking out against immigration is still taboo for many, Scandinavians privately voice concerns about signs of crowded emergency rooms and larger school classes. Newspapers are increasingly full of reports of money being spent on refugees and reports of crime involving asylum seekers, although crime figures do not bear out these concerns.

Lofven - who admits Sweden faces increased polarisation - has seen his government's support fall to record lows in polls due to a sense his government is helpless to stop a migrant influx.

For Ylva Johansson, Swedish minister for employment and integration issues, the problem is that thousands of refugees, many young men, are not integrated into the workforce, instead languishing in asylum centres in villages and towns.

"Most Swedes are not racist," she said. "But when there is this special asylum housing when they cannot work, and cannot be part of society this is really a tension.

"This is a dangerous situation," she added. "We have a lot of people in no man's land .. living outside society."
© Thomson Reuters 2016
Comments
Europe migrationScandinavia asylum