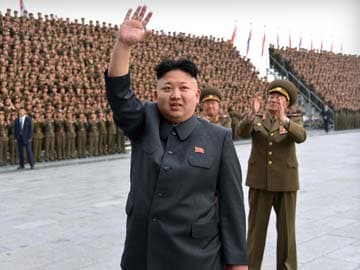 Seoul: North Korean leader Kim Jong-Un has censured his country's weather service for "incorrect" forecasts in a rare public dressing down of a government body in the reclusive nation, which suffers regular natural disasters.

Kim criticised the science used in observations and called for the use of modern equipment in the unusual rebuke, which came during an inspection of the Hydro-meteorological Service, the official Korean Central News Agency (KCNA) reported on Tuesday.

"There are many incorrect forecasts as the meteorological observation has not been put on a modern and scientific basis," Kim said, urging the agency to "fundamentally" improve its work and equipment.

Accurate forecasts are needed to protect the "lives and properties" of people from disasters caused by "abnormal climatic phenomenon", he said.

It was not clear when Kim visited the agency, but public criticism of government officials during field trips by North Korean leaders is extremely rare.

Undated pictures released by KCNA showed Kim giving "field guidance" inside the weather service in the capital, some of his audience standing attentively with arms by the side.

North Korea has suffered regular chronic food shortages under the ruling Kim dynasty, with the situation exacerbated by floods, droughts and mismanagement.

Promoted
Listen to the latest songs, only on JioSaavn.com
In May, state media reported that North Korea was hit by its worst spring drought in more than three decades, threatening thousands of acres of staple crops.

During a famine in the mid to late-1990s, hundreds of thousands died.