Noth Korea's latest missile, tested on the United States' Independence Day, can reach Alaska, and could go even further. 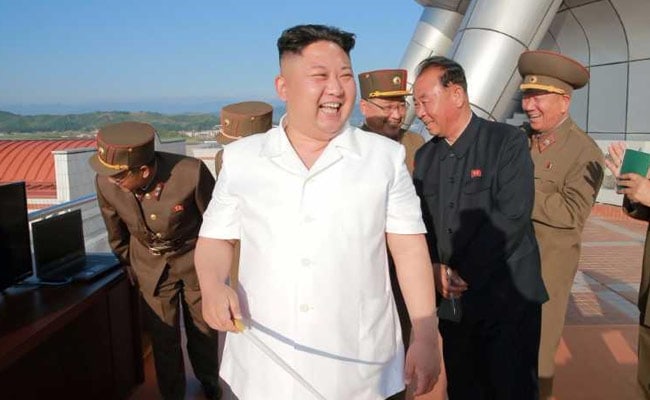 Seoul: Newly equipped with an intercontinental ballistic missile, North Korea is looking to put itself in the "driver's seat" for any future negotiations with Washington, analysts say -- but may at the same time be pushing such talks further away.

The weapon, tested on the United States' Independence Day, can reach Alaska, and could go even further.

It brings within reach Pyongyang's long-held dream of a missile that can deliver an atomic warhead to the continental United States, and presents US President Donald Trump with a stark challenge.

The prospect of the North's missile range increasing to encompass more of the US population would "unnerve more and more American voters", adding to pressure on Trump, said Kim Yong-Hyun, professor of North Korean studies at Dongguk University in Seoul.

"Everything points to the fact that the North is seeking to raise the diplomatic stakes as much as possible and secure a leading position in its relations with the rest of the world, including the US and the South," he added.

The Korean peninsula has been divided since the Korean War ended in 1953 with an armistice rather than a peace treaty, and Pyongyang says it needs nuclear weapons to defend itself against the threat of invasion.

Its nuclear and missile programmes, it insists, will never be up for negotiation unless Washington abandons what it calls its "hostile policy" towards it.

The timing of the North's missile test -- after the first summit between Trump and new South Korean President Moon Jae-In and ahead of this week's G20 summit -- appeared to have been deliberate, said Kim.

Moon advocates engagement with the North to bring it to the negotiating table, and the summit joint statement said Trump "expressed support" for his counterpart's "aspiration to restart inter-Korean dialogue".

But the ICBM test was a clear "slamming of the door on Moon," said Kim.

"Moon often said he wanted to sit in the 'driver's seat instead of the back seat' to play a leading role in nuclear negotiations," he told AFP.

"Apparently, Kim Jong-Un is saying he should be sitting in the driver's seat."

A growing number of analysts say that in the end, the US will have to negotiate with the North.

"Ultimately, there will be no other choice but dialogue," said professor Kim Yeon-Chul at Inje University in South Korea.

For decades, Pyongyang has sought to wring concessions from its rivals with a mixture of provocations and occasional gestures of peace -- sometimes successfully -- before the process falls apart.

Tuesday's test was another "highly-calculated, highly-calibrated piece of brinkmanship" by the North, said Cho Han-Bum, analyst at the Korean Institute for National Unification.

By firing its missile on a highly lofted trajectory, he pointed out, it was able to test its long range -- estimated at up to 8,000 kilometres by the South's defence minister -- without it overflying neighbouring Japan, a US treaty ally.

Another "ultimate red line" that Pyongyang had so far avoided crossing, he said, was a sixth nuclear test.

Instead, the launch was "part of its bid to raise the stakes" ahead of negotiations, he said.

But the problem, he added, was that doing so "made it more difficult for the international community to launch negotiations. It's very ironic".

That suggested the North was "in no rush" for talks, and might be more interested in first raising the stakes further.

In the meantime, Washington could be reduced to once again urging Pyongyang's chief backer China to do more to rein it in.

Writing on Twitter, Trump demanded Beijing "put a heavy move on North Korea and end this nonsense once and for all!"

Beijing insists it has made "relentless efforts" over the issue -- but its worst-case scenario is a collapse of the regime in Pyongyang, which could see an influx of refugees from the impoverished neighbour, and worse yet, US troops stationed on its border in a united Korea.

But that would hardly encourage Beijing -- already infuriated by the deployment of the US THAAD missile defence system in the South -- to help.

John Nilsson-Wright, a senior research fellow for northeast Asia for Chatham House, a London-based think tank, said in an essay published by the BBC that the North can play for time "while capitalising on divisions within the international community".

Those are likely to be on display at the G20 meeting in Germany this week, with China and Russia urging restraint and the US pushing for action.

The momentum, Nilsson-Wright said, was "all with Pyongyang".

(This story has not been edited by NDTV staff and is auto-generated from a syndicated feed.)
Comments
North Korea missile testNorth Korea ICBM testUS North korea conflict