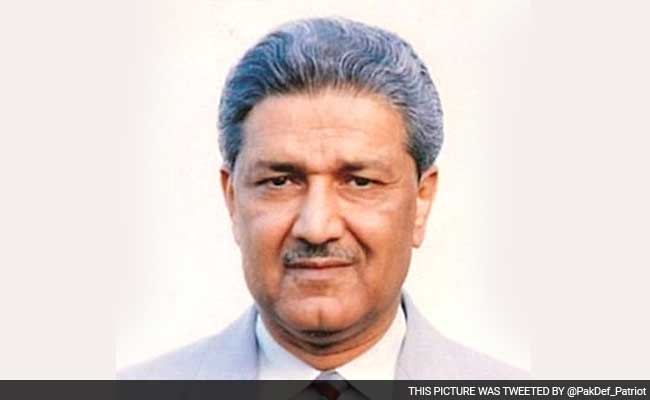 AQ Khan is the founder of the uranium enrichment programme for Pakistan's atomic bomb project.

Washington: Top US lawmakers and experts had expressed concern over Pakistan's proliferation history and its nexus with rogue nations like North Korea in helping them acquire nuclear weapons, a month before Pyongyang successfully conducted its first hydrogen bomb test.

The issue came up for discussion during a Congressional hearing less than a month ago when top American Congressmen and experts opposed the idea of a civil nuclear deal with Pakistan.

"AQ Khan Network is believed to have sold sensitive nuclear technology to the most unstable countries on the planet... "It was the Khan Network that allowed North Korea to get its uranium enrichment program up and running. Khan also sold Libya design secrets and nuclear weapons components during the same time," Congressman Ted Poe, Chairman of the House Foreign Affairs Subcommittee on Terrorism, Nonproliferation and Trade, said during a Congressional hearing on December 8, 2015.

AQ Khan is the founder of the uranium enrichment programme for Pakistan's atomic bomb project.

"In the very early years of the network Khan established an extensive clandestine network in order to obtain necessary technologies and materials. Later on Khan used similar channels to make a profit by selling nuclear designs and materials to other countries," Mr Poe said.

Congressman Bill Keating, Ranking Member of the same committee said, "Pakistan has a history of proliferation. The network led by one of the founders of its nuclear program A Q Khan, sold nuclear weapons related equipment and technology to Iran, Libya and North Korea."

Husain Haqqani, the former Pakistan ambassador to the US, told lawmakers that Pakistan has refused to abjure first use of nuclear weapons in a conflict, a position similar to that of North Korea which also claims that it fears being overrun by a superior conventional force.

"The AQ Khan network certainly supplied designs and equipment to Iran, although the Pakistani Government took the position that those were unauthorised," he said.

Henry Sokolski, executive director of the Nonproliferation Policy Education Center, in response to a question, indicated that Pakistan might still help deliver any type of nuclear weapon capabilities to anyone.

This week, a top American Senator had expressed concern that Saudi Arabia might buy nuclear weapons from Pakistan amidst increase in tension with Iran.

"Saudi has good relationships with Pakistan. They could just buy a weapon and again further destabilise the Middle East," Senator Ron Johnson told a TV network in an interview.