North Korea supreme leader Kim Jong Un has said he is no longer bound by that moratorium because of a lack of reciprocal steps by the US during denuclearisation talks. 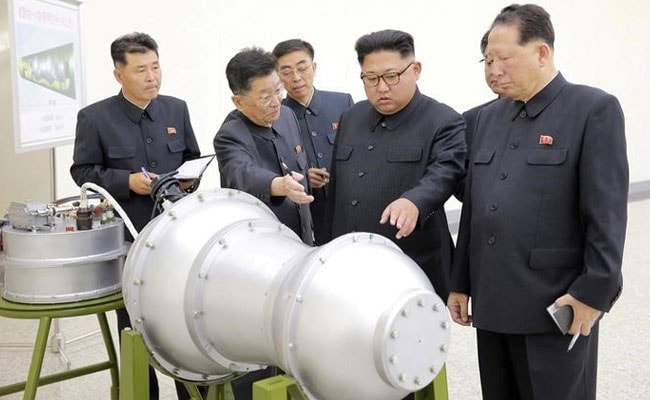 North Korea conducted six underground nuclear tests at the site from 2006 to 2017. (Representational)

North Korea appears to be expanding restoration work at its nuclear test site to include a second tunnel, a U.S.-based think tank said on Thursday, as South Korean and U.S. officials say a new nuclear test could happen any day.

Work and preparations at Tunnel No. 3 at the Punggye-ri Nuclear Test Facility are apparently now complete and ready for a possible nuclear test, the Center for Strategic and International Studies said in a report, citing commercial satellite imagery.

For the first time, analysts spotted new construction activity at Tunnel No. 4 as well, "strongly suggesting an effort to reenable it for potential future testing," the report added.

Outside of Tunnel No. 3, images showed a retaining wall and some minor landscaping with small trees or bushes, likely in anticipation of a visit by senior officials, the report said.

North Korea conducted six underground nuclear tests at the site from 2006 to 2017.

The two tunnels were never previously used for nuclear tests, and their entrances were demolished in 2018 when North Korea declared a self-imposed moratorium on testing nuclear weapons and its intercontinental ballistic missiles (ICBMs).

Leader Kim Jong Un has said he is no longer bound by that moratorium because of a lack of reciprocal steps by the United States during denuclearisation talks, and Pyongyang resumed testing ICBMs this year.

South Korean officials said this week that North Korea is poised to conduct a nuclear test "at any time," and that the timing now lies solely with Kim.

After meeting U.S. officials in Washington, South Korean Foreign Minister Park Jin said on Monday any provocations by North Korea, including a nuclear test, would be met with a united and firm response and urged China to use its influence.