The Swedish Academy has been in crisis mode since November 2017, after a deep rift emerged among Academy members about how to manage its longstanding ties to a Frenchman accused -- and now convicted -- of rape. 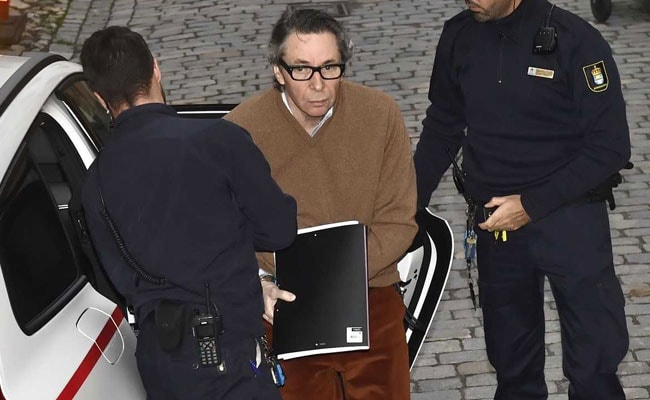 Jean-Claude Arnault was jailed two years in a scandal that led to postponement of Nobel Literature Prize.

The Swedish Academy, which has awarded the Nobel Literature Prize since 1901, said Monday it would expand its prize jury to include outsiders for the first time following a scandal that forced it to postpone this year's award.

The venerable institution has been in crisis mode since November 2017, after a deep rift emerged among Academy members about how to manage its longstanding ties to a Frenchman accused -- and now convicted -- of rape.

For the first time in 70 years, the Academy postponed this year's literature prize by a year while it attempts to sort out its problems.

On Monday, the Academy said in a brief statement that its Nobel Prize committee -- usually made up of five members who recommend a laureate to the rest of the Academy -- would in 2019 and 2020 also include "five external experts", including critics, publishers and authors ranging in age from 27 to 73.

The chairman of the Nobel Foundation, which manages the finances and adminstration of the Nobel prizes, admitted to daily Dagens Nyheter that it had forced the Academy to take in independent outsiders.

The Foundation has long been critical of the Academy's handling of the crisis.

The scandal erupted during the #MeToo campaign in November 2017, when 18 women claimed to have been raped, sexually assaulted or harassed by Jean-Claude Arnault, who is married to Academy member Katarina Frostenson.

The Frenchman ran the Forum club, which he founded in 1989 as a meeting place for the cultural elite and which was popular among aspiring young authors hoping to make contact with publishers and writers.

The Swedish Academy funded his club for years.

Arnault's accusers claim the Academy was aware of his behaviour but ensured that "a culture of silence" reigned in cultural circles.

Arnault, 72, was found guilty in October of raping a young woman in 2011 and sentenced to two years in prison.

He has appealed the conviction, and that verdict is due on December 3.

'The Rock', Biggest White Diamond Ever Auctioned, Sold For $18.8 Million