No Plan To Shoot Down Out-Of-Control Chinese Rocket: US Defence Chief

"We have the capability to do a lot of things, but we don't have a plan to shoot it down as we speak," Lloyd Austin told journalists. 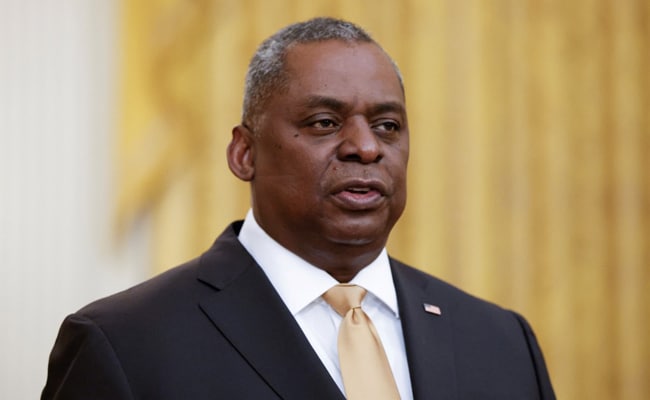 "We're hopeful that it will land in a place where it won't harm anyone," Lloyd Austin said (File)

The US military has no plans to shoot down an out -of-control Chinese rocket now hurtling towards Earth, Defense Secretary Lloyd Austin said Thursday.

"We have the capability to do a lot of things, but we don't have a plan to shoot it down as we speak," Austin told journalists.

Pentagon experts expect the body of the Long March 5B rocket, which fell out of orbit after separating from Beijing's space station, to fall to the surface some time around Saturday or Sunday.

But exactly when and where it will land is still difficult to predict.

"We're hopeful that it will land in a place where it won't harm anyone. Hopefully in the ocean, or someplace like that," Austin said.

He suggested that the Chinese were negligent in letting the rocket body fall out of orbit.

"I think this speaks to the fact that, for those of us who operate in the space domain, there's a requirement, or should be a requirement to operate in a safe and thoughtful mode," said Austin.

There is a need to "make sure that we take those kinds of things into consideration as we plan and conduct operations" in space, he said.