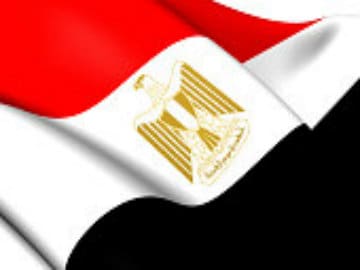 File Photo of the National Flag of Egypt

Cairo, Egypt: Seven police conscripts and two civilians were wounded on Wednesday in a bomb blast in the town of Al-Arish, the capital of Egypt's restive northern Sinai peninsula, security officials said.

A child was run over by a car in the aftermath of the attack, as panic erupted on the scene, the officials added.

Militants have stepped up assaults on security forces since the army ousted Islamist president Mohamed Morsi in July and the military-installed authorities launched a deadly crackdown on his supporters.

After the blast, gunfights erupted between the security forces and the assailants, who managed to escape, the officials added.

Most of the attacks have been taking place in the north of the mainly desert Sinai Peninsula, but militants have extended their reach to Cairo and the Nile Delta, carrying out a series of high-profile attacks in the heart of the capital.

The Al-Qaeda inspired Ansar Beit al-Maqdis (Partisans of Jerusalem) group has said its attacks have been in revenge for the crackdown on Morsi's supporters that has left at least 1,400 people dead, according to Amnesty International.

Promoted
Listen to the latest songs, only on JioSaavn.com
The government says the militants have killed about 500 people, most of them security