Nigerian authorities said security agencies are doing their best to bring the children back safely, but don't have enough logistics. 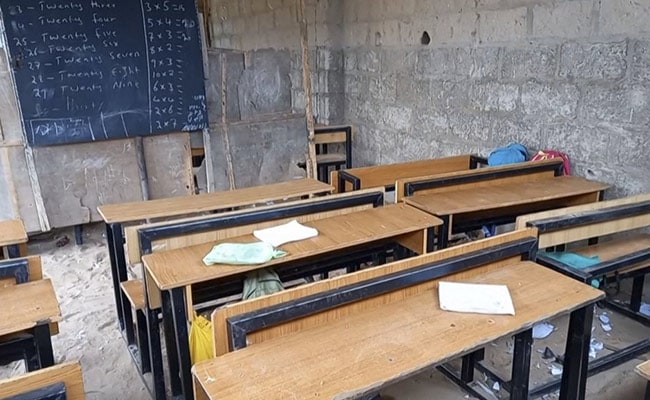 Nigeria: The Niger state government said it did not pay ransoms.

Gunmen seized 136 children from an Islamic seminary in central Nigeria at the weekend, the state government said, the latest in a string of such incidents plaguing Africa's most populous nation.

The Niger state government first reported the raid on the school in the town of Tegina on Monday, but did not indicate the number of children seized.

More than 700 children and students have already been kidnapped by gunmen for ransom since December.

"Niger State Government has confirmed the number of students abducted by bandits at the Salihu Tanko Islamic School, Tegina... to be 136," the local government wrote on Twitter late on Wednesday.

The state deputy governor Alh Ahmed Mohammed Ketso said that security agencies were "doing their best but don't have enough logistics," adding that more help was needed to equip them to confront the criminals.

The attackers did release 11 of the pupils who were "too small and couldn't walk" very far, the authorities previously said.

The Niger state government said it did not pay ransoms.

"We are trying to negotiate to see how we can bring them back safely," the deputy governor said.