New Zealand mosque shooting: The Bangladesh cricket team, in Christchurch to play a test match, was in the mosque but all members escaped unharmed, opening batsman Tamim Iqbal tweeted. 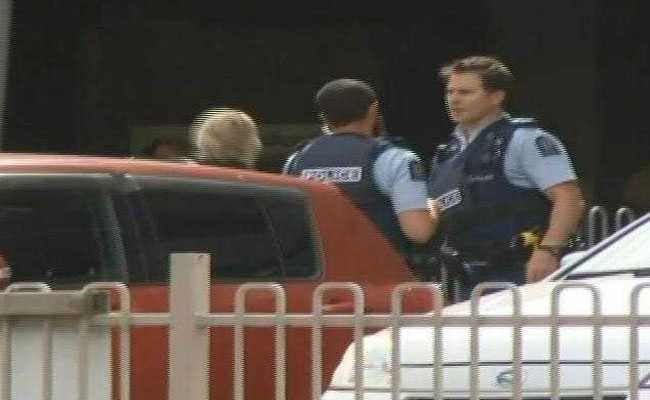 Christchurch shooting: Multiple casualties have been reported in the shooting in Christchurch

New Zealand police ordered a lockdown in Christchurch after a shooting at two mosques in the South Island city. Police have also warned that the shooter is still active. Police have said that 49 people died in the attack, and have also said that four people have been taken into custody. One of the suspects has been charged with murder.

"This is one of New Zealand's darkest days. It was an unprecedented act of violence," New Zealand Prime Minister Jacinda Ardern said. She also said that it was a terror attack.

New Zealand's police commissioner has said that are no longer actively searching for suspects.

The Bangladesh cricket team, in Christchurch to play a test match, was in the mosque but all members escaped unharmed, opening batsman Tamim Iqbal tweeted.

Bangladesh Cricket Board spokesman Jalal Yunus said most members of the team were bussed to the mosque and were about to go inside when the incident happened. "They are safe. But they are mentally shocked. We have asked the team to stay confined in the hotel," he told AFP.

Here are the updates on the mosque shooting in Christchurch:

Attacking people during prayers is absolutely appalling, and Canada strongly condemns today's shootings in New Zealand. Our thoughts and hearts go out to the victims and their families, and we join New Zealanders and Muslim communities around the world in grieving.

The #NewZealandShooting is a despicable act of terrorism, that must be condemned unequivocally. The world stands in need of compassion & understanding. Not bigotry & hate filled extremism. My condolences to the families of the victims. My prayers go out to those who were injured.

Mar 15, 2019 19:50 (IST)
Nine people from India or of Indian origin have gone missing after this morning's twin shootings at two mosques in Christchurch in which 49 people have died, the Indian envoy in New Zealand has said. Two Indians have died in the attacks, a third is battling for his life, Asaduddin Owaisi, the leader of AIMIM (All India Majlis-E-Ittehadul Muslimeen Party)  has said. "As per updates received from multiple sources there are 9 missing persons of indian nationality/ origin. Official confirmation still awaited. Huge crime against humanity. Our prayers with their families," High Commissioner Sanjiv Kohli tweeted.
Mar 15, 2019 19:02 (IST)
Prime Minister Narendra Modi has written to his New Zealand counterpart, Jacinda Ardern, expressing deep shock at loss of innocent lives in the Christchurch attack, news agency PTI said. He also conveyed India's strong condemnation of terrorism and all those who support such violent acts.
Mar 15, 2019 18:18 (IST)
Iranian Foreign Minister Mohammad Javad Zarif blamed "Western hypocrisy" for the attacks on two mosques in New Zealand that killed at least 49 worshippers and wounded dozens during Friday prayers.
Mar 15, 2019 17:59 (IST)
White House press secretary Sarah Sanders said in a statement that the United States strongly condemned the attack. "The United States strongly condemns the attack in Christchurch. Our thoughts and prayers are with the victims and their families. We stand in solidarity with the people of New Zealand and their government against this vicious act of hate," she said.
Mar 15, 2019 17:18 (IST)

My warmest sympathy and best wishes goes out to the people of New Zealand after the horrible massacre in the Mosques. 49 innocent people have so senselessly died, with so many more seriously injured. The U.S. stands by New Zealand for anything we can do. God bless all!

Mar 15, 2019 17:17 (IST)
Pope Francis assured "all New Zealanders, and in particular the Muslim community, of his heartfelt solidarity," after Friday's attacks on two mosques which left 49 people dead. The pope was "deeply saddened to learn of the injury and loss of life caused by the senseless acts of violence," Vatican Secretary of State Pietro Parolin said in a telegram.
Mar 15, 2019 17:13 (IST)
The grand imam of Egypt's famed Al-Azhar mosque and university has condemned a mass shooting targeting mosques in New Zealand on Friday as a "horrific terrorist attack". "This horrific terrorist attack is a serious indicator of the consequences of rising rhetoric of hatred and xenophobia and the spread of Islamophobia" in countries "known for the coexistence of their inhabitants", said Sheikh Ahmed al-Tayeb.
Mar 15, 2019 17:13 (IST)
White House condemns New Zealand attack as "vicious act of hate", news agency AFP reported
Mar 15, 2019 16:52 (IST)
"We are shocked to hear about the shooting in Christchurch. Any Indians needing assistance should contact us at 021803899 or 021850033," the Twitter account of the Indian High Commission in New Zealand said.
Mar 15, 2019 16:39 (IST)
Queen Elizabeth II, New Zealand's head of state, on Friday said she was "deeply saddened" by the attacks on two mosques which left 49 people dead.
"I have been deeply saddened by the appalling events in Christchurch today... At this tragic time, my thoughts and prayers are with all New Zealanders," she wrote.
Mar 15, 2019 16:31 (IST)
National carrier Air New Zealand has canceled at least 17 flights in and out of Christchurch, saying it couldn't screen customers and their baggage following deadly shootings at two mosques, news agency PTI reported. The airline said some smaller planes travelling on regional routes were canceled while larger jet planes would continue landing and taking off due to security screening processes already in place.
Typically, passengers on smaller turboprop aircraft traveling to or from Christchurch don't go through security screening and are able to walk right onto the plane.
Mar 15, 2019 15:38 (IST)
New Zealand police investigating Friday's mosque massacre in Christchurch have evacuated residents living near a property in the city of Dunedin that they believe is linked to the attacks, news agency AFP quoted officials.
Police said the property, located some 350 kilometres from Christchurch, was "of interest" in relation to the mosque attacks which left 49 dead.
"Evacuations of properties in the immediate area have taken place as a precaution," police said in a statement.
Mar 15, 2019 15:00 (IST)
French authorities have stepped up security measures near religious sites after the deadly attacks at two mosques in New Zealand left 49 people dead, Interior Minister Christophe Castaner said
Mar 15, 2019 13:55 (IST)
New Zealand police commissioner says police is not actively looking for more suspects
Mar 15, 2019 13:48 (IST)
One man has been charged with murder in the Christchurch mosque attack
Mar 15, 2019 13:48 (IST)
The number of dead has risen to 49, New Zealand police reported
Mar 15, 2019 13:29 (IST)
Some 48 people, including children, are being treated in Christchurch Hospital after shootings at two mosques in the city on Friday, New Zealand health authorities said.
Mar 15, 2019 13:15 (IST)

I strongly condemn the terror attack against the Al Noor Mosque in #NewZealand and Muslim worshippers. May Allah have mercy on the victims and grant a speedy recovery to the wounded.

I was deeply saddened to hear the news of the unprecedented violent attacks on mosques in #christchurch#NewZealand. I would like to express my condolences to the families that lost loved ones. Our thoughts and prayers are with the people of New Zealand.

Shocked and strongly condemn the Christchurch, New Zealand, terrorist attack on mosques. This reaffirms what we have always maintained: that terrorism does not have a religion. Prayers go to the victims and their families.

For so long I've watched world events from afar and naively thought we were somehow different in our little corner of the world, somehow safe. Today is a terrible day. Disgusted and saddened doesn't begin to describe it.

Our heartfelt condolences go out to the families and friends of those affected by the shocking situation in Christchurch. A joint decision between NZC and the @BCBtigers has been made to cancel the Hagley Oval Test. Again both teams and support staff groups are safe.

Police are aware there is extremely distressing footage relating to the incident in Christchurch circulating online. We would strongly urge that the link not be shared. We are working to have any footage removed.

Mar 15, 2019 09:18 (IST)
Witnesses told media that a man dressed in a military-style, camouflage outfit, and carrying an automatic rifle had started randomly shooting people in the Al Noor mosque.
Mar 15, 2019 09:10 (IST)
Radio New Zealand quoted a witness inside the mosque saying he heard shots fired and at least four people were lying on the ground and "there was blood everywhere". Read the full story here
Mar 15, 2019 08:58 (IST)
"Our thoughts are with everyone in Christchurch. We can confirm that both teams and support staff groups are safe and accounted for. We will be working with authorities on the next steps regarding tomorrow's scheduled Test," the New Zealand cricket team has tweeted
Mar 15, 2019 08:49 (IST)
"This is one of New Zealand's darkest days. It was an unprecedented act of violence," New Zealand Prime Minister Jacinda Ardern said in a statement.
Mar 15, 2019 08:45 (IST)

Alhamdulillah Allah save us today while shooting in Christchurch in the mosque...we r extremely lucky...never want to see this things happen again....pray for us

Entire team got saved from active shooters!!! Frightening experience and please keep us in your prayers #christchurchMosqueAttack

1/2 A serious and evolving situation is occurring in Christchurch with an active shooter.Police are responding with its full capability to manage the situation, but the risk environment remains extremely high.Police recommend that residents across Christchurch remain off...