New Zealand shooting: The shooting is being treated as terrorism, the motive racial, the police suspect after preliminary inquiries. One of the three men arrested - an Australian in his late 20s - is considered the shooter. 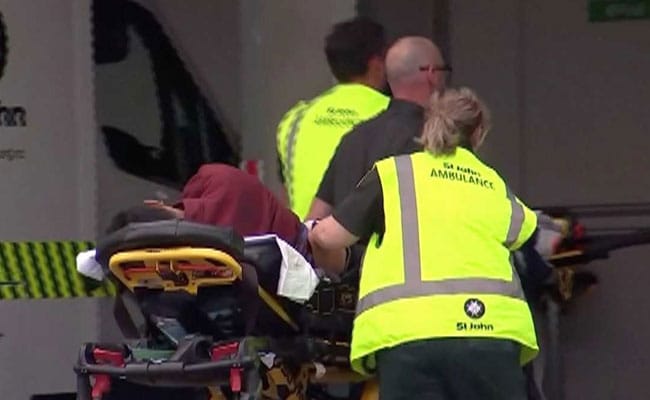 New Zealand shootings: 49 people were killed in the attack that was live streamed by the shooter

Nine people from India or of Indian origin have gone missing after Friday's twin shootings at two mosques in Christchurch in which 49 people have died, the Indian envoy in New Zealand has said. Two Indians have died in the attacks, a third is battling for his life, Asaduddin Owaisi, the leader of AIMIM (All India Majlis-E-Ittehadul Muslimeen Party)  has said.

The gunmen had struck during the Friday prayers, barging into the mosques and shooting at will. The carnage also continued outside where passers-by were targeted. 49 people died and around 20 were injured in the attacks.

"As per updates received from multiple sources there are 9 missing persons of indian nationality/ origin. Official confirmation still awaited. Huge crime against humanity. Our prayers with their families," High Commissioner Sanjiv Kohli tweeted.

We are shocked to hear about the shooting in #Christchurch Any Indians needing assistance should contact us at 021803899 or 021850033. @indianweekender@indiannewslink@MEAIndia@IndianDiplomacy@WIAWellington@kohli_sanjiv@BhavDhillonnz

Asaduddin Owaisi has sought help from foreign minister Sushma Swaraj for the brother of one of the victims. The family is from Hyderabad.

A video from #ChristChurch shows one Ahmed Jehangir who was shot. His brother Iqbal Jehangir is a resident of Hyderabad & would like to go to NZ for Ahmed's family.

In another tweet, Mr Owaisi said: "His brother is serious & his family has little support. I'm only requesting the immediate support of your good offices in expediting his visa process. He'll make all arrangements to travel to NZ by himself."

In the evening, the foreign ministry issued a statement that read, "The Prime Minister stressed India's strong condemnation of terrorism in all its forms and manifestations, and of all those who support such acts of violence. He stressed that hatred and violence have no place in diverse and democratic societies".