Christchurch Mosque Shooting: Most of the Bangladeshi team and staff had arrived at Christchurch's Masjid al Noor mosque for Friday prayers when they were warned not to go inside as the shooting unfolded. 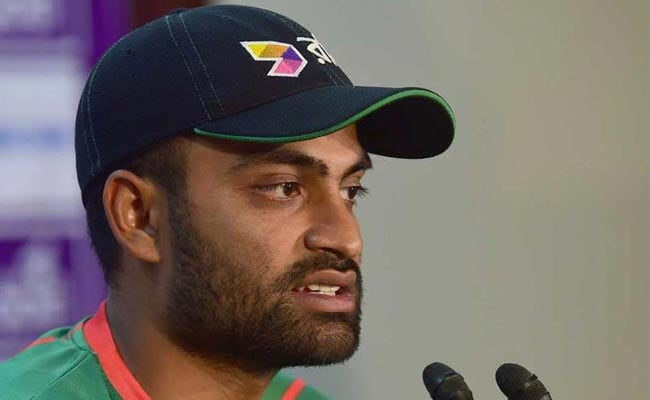 Most of the Bangladeshi team and staff had arrived at Christchurch's Masjid al Noor mosque for Friday prayers when they were warned not to go inside as the shooting unfolded.

Prime Minister Jacinda Ardern said 40 people were killed in attacks on two mosques on what she described as "one of New Zealand's darkest days".

Bangladesh Cricket Board spokesman Jalal Yunus said the team were unharmed but "mentally shocked", and had been ordered to stay in the team hotel.

Bangladesh team escaped from a mosque near Hagley Park where there were active shooters. They ran back through Hagley Park back to the Oval. pic.twitter.com/VtkqSrljjV

"They are safe. But they are mentally shocked. We have asked the team to stay confined in the hotel," Yunus told AFP.

Mazhar Uddin, a reporter for Bangladesh's Daily Star who is travelling with the team, said players lay down on the floor of a bus after being warned away from the mosque.

The third and final Test match of Bangladesh's tour, scheduled to start in Christchurch on Saturday, was quickly scrapped.

"I have spoken to my counterpart in Bangladesh and we both agree that it's inappropriate to play cricket at this time," NZ Cricket chief executive David White told TVNZ.

"We are shocked and appalled, as I'm sure all New Zealanders are," he added.

International Cricket Council chief executive David Richardson backed the decision and sent "sincere condolences... to the families and friends of those affected by this horrendous incident".

The All Blacks, New Zealand's all-conquering rugby team and the reigning world champions, tweeted: "Christchurch, we stand with you during this time.

Entire team got saved from active shooters!!! Frightening experience and please keep us in your prayers #christchurchMosqueAttack

"Our thoughts and sympathies are with everyone affected by today's tragedy. Stay strong. Kia Kaha."

All Blacks centre Williams, a devout Muslim, said his "heart is hurting" as he posted an emotional video tribute soon after the attacks.

"Just heard the news. I couldn't put it into words how I'm feeling right now," said Williams, wiping away tears as he spoke.

"Inshallah (God willing) everyone who's been killed today... you guys are all in paradise," he added.

"Just deeply, deeply saddened that this would happen in New Zealand."