New York City Police Commissioner Dermot Shea called the apparent chokehold incident during an arrest "disturbing" and said the officer was suspended without pay on Sunday, pending a full investigation. 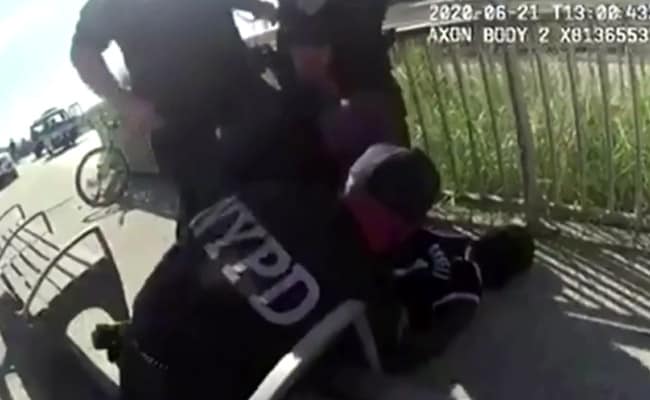 A New York City police officer has been suspended after a video posted online showed him apparently rendering a Black man unconscious in a chokehold after the city council voted to make it a crime for police to use the grip.

New York City Police Commissioner Dermot Shea called the apparent chokehold incident during an arrest "disturbing" and said the officer was suspended without pay on Sunday, pending a full investigation.

Scrutiny of the police has intensified across the country in the wake of the May 25 death of George Floyd, an unarmed Black man, during an arrest in Minneapolis. Video showed a white officer with his knee on Floyd's neck for nearly nine minutes.

At a hearing on Monday on the use of force by New York police during recent street demonstrations, Shea also criticized the insulting language used by the arrested man and two others who he said had cursed at the officers.

The officers involved had shown "extreme restraint" in the minutes leading up to the apparent chokehold, Shea said.

Mayor Bill de Blasio called the officer's response unacceptable, but told reporters he was encouraged by the swift action taken against the officer, and because another officer on the scene stepped in to stop it.

"That represents the best of our police, not letting something like that happen," de Blasio said.

Cellphone and police body-cam videos showed many officers restraining the man on his stomach and one officer wrapping his arm around the man's neck. The New York Police Department banned chokeholds in 1993.

The man was arrested for being "disorderly" and was hospitalized after briefly falling unconscious, according to his lawyers at Queens Defenders. They called on the arresting officer to be prosecuted.