Google Begins Countdown To 2021 With This Adorable Doodle

New Year's Eve: Google has designed its holiday doodle with an old fashioned bird-house clock which says 2020 on it. The doodle also features other letters of 'Google' colorfully decorated with fairy lights. 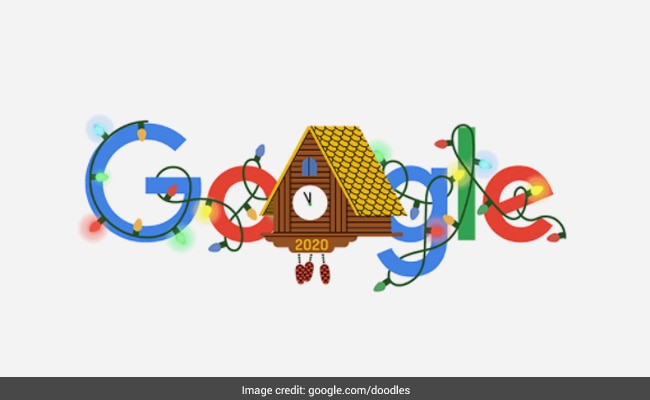 Google has already kicked off New Year's Eve celebration with its cute and adorable doodle.

As we begin the final countdown for the year 2021, it is time to say goodbye to 2020, a year which has tested us in several ways. Today is 31st December, the last day of the year which is celebrated as New Year's Eve across the world. Google has already kicked off the celebration with its cute and adorable doodle.

This time, Google has designed its holiday doodle with an old fashioned bird-house clock which says 2020 on it. The doodle also features other letters of 'Google' colorfully decorated with fairy lights.

Apart from this cute display, Google also has a message for its users that says, "Happy New Year's Eve! It's been a cuckoo year, but 2020's clock is ticking. The countdown begins now, and when the clock strikes midnight a new year will spread its wings!"

Not only this, Google has added a little extra flair to our celebrations by some New Year's confetti. If you head to search for New Year's Eve in Google, or click on the doodle that will take direct you to that search, you will see a knowledge panel on the right side with an animated confetti cone that is ready to pop. Just click on it and the confetti will shoot out all over the search results. Isn't it amazing!