For New Year's Eve 2018, Google's Doodle Is A Pair Of Cute Elephants 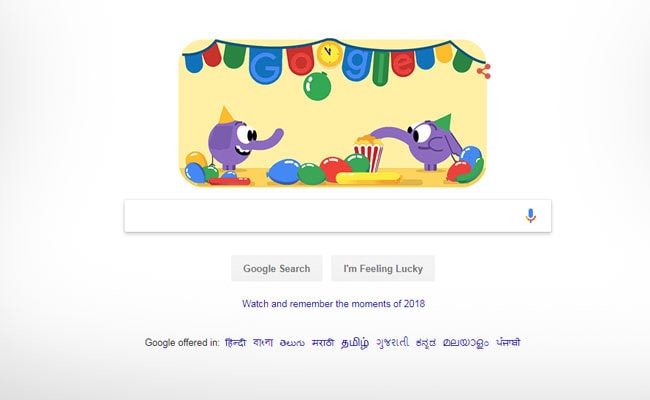 From New Delhi to New York, as the world celebrates New Year's Eve 2018, search giant Google is marking the occasion with a playful doodle showing two baby elephants tossing balloons and chomping on popcorn. A Google Doodle is a thematic motif used by the search engine on its homepage to mark special occasions like New Year's Eve 2018. For this, Google gets its designers or even invites designs from people to modify its logo with a reference to the subject. In the past Google has used doodles to celebrate prominent people, their achievements and more. Last year, on New Year's Eve, Google had marked the occasion with a doodle featuring a family of birds - penguins and parrots.

This year's Google Doodle for New Year's Eve 2018, shows two cartoonish purple elephants. The animated graphic shows one of the two elephants blowing balloons with its trunk and blowing it across towards another elephant.

The second cute elephant, meanwhile, tosses pieces of popcorn from a bag into its mouth. Above them, the wall is adorned with festoons and a clock that is just about to strike midnight signifying New Year's Eve 2018. 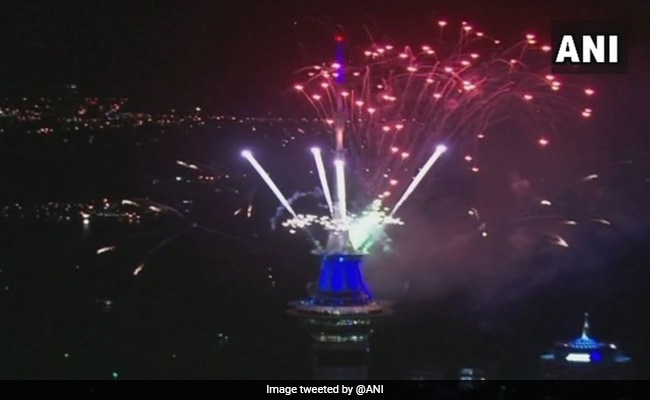 December 31 is celebrated the world over as New Year's Eve. Fireworks, parties and celebrations of all kinds take place on the occasion as billions of people around the world wait with bated breath for the clock to strike midnight. More than 24 times in the world (since there are as many time zones spread across the globe) people count down to the moment of midnight to welcome the New Year's Day.