Chinese Billionaire Was Arrested On Suspicion Of Rape In US, Say Police

China's Foreign Ministry told reporters this week it would look into the details of his arrest. 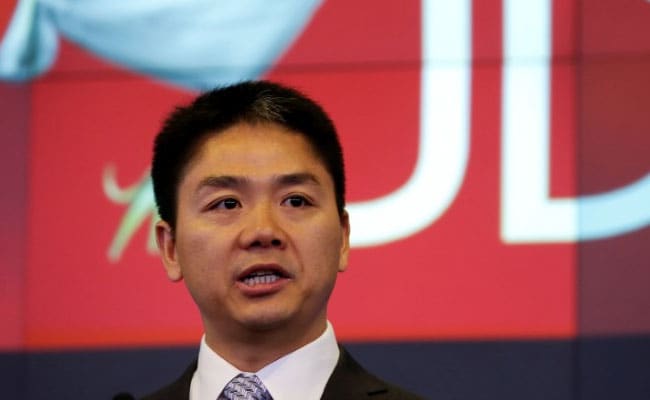 New revelations Wednesday that Minnesota police had arrested Chinese billionaire Richard Qiangdong Liu on suspicion of rape rather than assault has put renewed scrutiny on the high-profile case as stocks in JD.com, one of China's largest online retailers, plummeted.

Liu, the 45-year-old founder and chief executive of the e-commerce giant, had been in Minneapolis for a business program at the University of Minnesota when word broke about his brush with the American law. He was arrested Friday, released the next day and returned to China.

A police report obtained by The Washington Post confirmed the specifics of the accusation against the technology magnate, which officers had initially described as sexual assault, a term that covers a range of unwanted contact. The report also indicated body camera footage had been taken.

JD.com's stock plummeted to a 18-month low in the United States soon after Liu's return to China, with shares closing down 6 percent Tuesday on the Nasdaq.

Corporate documents show that Liu holds almost 80 percent of the voting rights of the company he founded in 2004, which reported a slim $18 million in profits last year on revenue of $55.7 billion.

Liu has made no public statement about the incident in Minneapolis, but JD.com has maintained the company head stands falsely accused of the crime.

"He has been released without any charges, and without requirement for bail," the firm said in a statement. "Mr. Liu has returned to work in China."

China's Foreign Ministry told reporters this week it would look into the details of his arrest.

Liu's name has been trending on Weibo, China's answer to Twitter, for four straight days. By Wednesday, more than 20 million users were talking about his case on the platform.

As people speculated about what happened in the Midwestern state, the chief executive grinned for a camera Tuesday at JD.com's Beijing headquarters.

Photos blazed across the internet showing Liu meeting with executives from the textile producer Ruyi, which, according to state media, had just unveiled a partnership with JD.com.

Some Weibo commenters slammed Liu for what they suggested was phony behavior at work.

"Life is a drama," user Quanshishuaige wrote, "and it all depends on acting skill."

Others called his arrest a set up.

"Support Liu Qiangdong," wrote Weibo user KEN200371. "He has offended many rich and powerful people. He was framed in the United States."

The negative attention comes at a critical business moment for Liu.

Two months ago, Google announced it had invested $550 million in JD.com and planned to partner with the Chinese online retailer in the United States.

And in August, JD.com and Walmart, which has had a stake in the Chinese company since 2016, began working together on delivering groceries ordered by smartphone.

The moves are part of JD.com's push for international dominance over domestic archrival Alibaba, the online retailer founded by celebrity billionaire Jack Ma.

Liu, who is known as the brasher of the two moguls with rags-to-riches stories - their lives are closely followed here, similarly to how Americans obsess over Elon Musk - caught flack from his legal woes this week in state media.

"Chinese entrepreneurs should keep themselves clean, because their reputation stands not only for themselves, but also for Chinese brands and companies," an anonymous source told the Global Times, which often reflects the government view.

The Minnesota incident isn't the first reputational crack for Liu.

Earlier this year, an Australian court denied his request to suppress records showing a property developer had been convicted of a sexual assault that happened after a 2015 party at Liu's home in Sydney, the New York Times reported. (Liu was not accused of any wrongdoing.)

The billionaire is known to give blunt career advice on the subject of crime, as well. At a March news conference, Liu cautioned young professionals in the crowd not to break any laws.

"Do not get yourselves put into jail for breaking laws when your businesses become successful and make profits," he said, "or your wives and your children would live with other people with your money."