JD.com Founder Richard Liu Returns To China After US Arrest

Richard Liu been released without any charges and without requirement for bail, company spokeswoman has said. 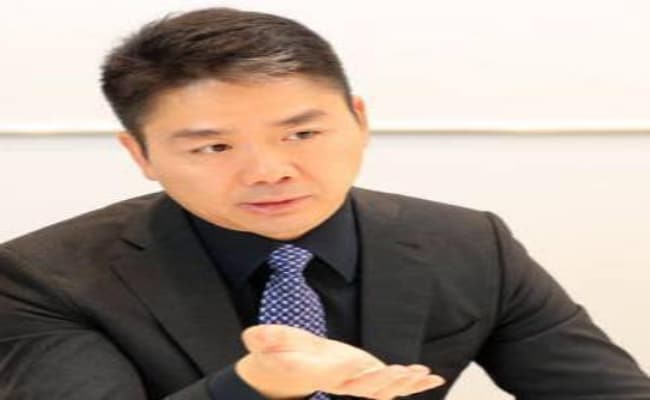 Richard Liu was arrested over the misconduct allegations on Friday.

Tech billionaire and JD.com founder Richard Liu has returned to China, the company said today, following a brief arrest in the US over allegations of criminal sexual conduct.

"He has been released without any charges and without requirement for bail," a spokeswoman for the company said in a statement.

"Mr. Liu has returned to work in China."

JD.com, the company which Liu founded in 1998, is an e-commerce juggernaut in China and the main competitor to industry leader Alibaba.

Liu, also known by his Chinese name Liu Qiangdong, was arrested over the misconduct allegations late Friday and released Saturday afternoon in the midwestern US city of Minneapolis, records from Hennepin County Jail showed.

The Minneapolis Police Department over the weekend said the investigation remained active but would not confirm details of the arrest or the allegations against 45-year-old Liu.

In the state of Minnesota, "criminal sexual conduct" encompasses a broad spectrum of non-consensual sexual activity.

China's foreign ministry said today that its consulate in Chicago was closely following developments in the case. It was "seeking information and verification from the related US authorities", ministry spokeswoman Hua Chunying told reporters.

In an earlier statement posted to Chinese social media network Weibo, JD.com described the allegations as false. It appeared to contradict US police by adding authorities found no evidence of misconduct and released Liu to continue his trip.

The Nasdaq-listed JD.com has made headway in its battle with e-commerce giant Alibaba by operating its own logistics network and providing Chinese customers with same-day or next-day delivery for many of their purchases.

In June, Google announced it would invest more than half a billion dollars in JD.com as part of a move to expand retail services around the world.

The firms will marry JD's supply chain and logistics experience with Google technology to create "next generation" personalised retail service in regions including Southeast Asia, the US and Europe, both companies said in a statement.