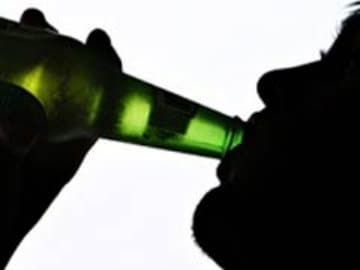 Washington: Scientists have developed a model that can predict which teens will become  binge drinkers at the age of 16.

The researchers said that a number of factors - genetics, brain function and about 40 different variables - can help scientists predict with about 70 per cent accuracy which teens will become binge drinkers.

These included neuroimaging to assess brain activity and brain structure, along with other measures such as IQ, cognitive task performance, personality and blood tests - on each of 2,400 14-year-old adolescents at eight different sites across Europe.

"Our goal was to develop a model to better understand the relative roles of brain structure and function, personality, environmental influences and genetics in the development of adolescent abuse of alcohol," said Whelan.

"This multidimensional risk profile of genes, brain function and environmental influences can help in the prediction of binge drinking at age 16 years," Whelan said.

Previously, the same researchers had identified brain networks that predisposed teens to higher-risk behaviours like experimentation with drugs and alcohol.

The new study develops on that earlier work by following those kids for years (the participants in the study are now 19 years old) and identifying those who developed a pattern of binge-drinking.

The new study aimed to predict those who went on to drink heavily at age 16 using only data collected at age 14.

Researchers developed a unique analytic method to predict which individuals would become binge-drinkers.

The result was a list of predictors that ranged from brain and genetics to personality and personal history factors. Some of the best predictors include variables like personality, sensation-seeking traits, lack of conscientiousness, and a family history of drug use.

Having even a single drink at age 14, was also a powerful predictor. In addition, those teens who had experienced several stressful life events were among those at greater risk for binge-drinking.

Teens undergo significant brain changes, so in addition to the formation of personalities and social networks, it's actually normal for their brains to reduce to a more efficient size.

Promoted
Listen to the latest songs, only on JioSaavn.com
"Kids with more immature brains - those that are still larger - are more likely to drink," said Garavan.

The study appears in the journal Nature.

Will Kamala Harris Be Joe Biden's Running Mate In 2024? His Reply