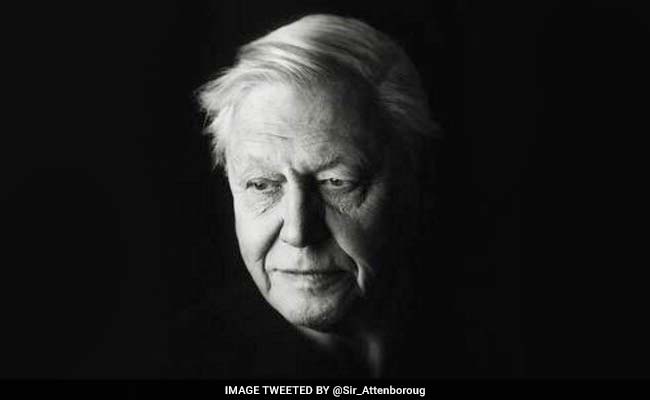 W ashington: A new frog species, which measures just about two centimeters and was discovered in the Peruvian Andes, has been named after the famous British broadcaster and naturalist Sir David Attenborough.

While there are already a number of species named after including mammals, reptiles, invertebrates and plants, both extinct and extant, not until now has the host of the BBC Natural History's Life series been honored with an amphibian.

The frog is formally described as Pristimantis attenboroughi, while commonly it is to be referred to as the Attenborough's Rubber Frog.

Scientists from Illinois Wesleyan University and University of  Michigan in the US, spent two years surveying montane forests in central Peru, in order to document the local amphibians and reptiles and evaluate their conservation statuses.

Their efforts have been rewarded with several new species
of frogs and a new spectacled lizard.

Each of these discoveries, including the Attenborough's Rubber Frog, prove how beneficial it is to take into account both morphological and the genetic data, while looking for species new to science.

The Attenborough's rubber frog is known to inhabit several localities across the Pui Pui Protected Forest, a nature reserve located at elevations between 3,400 and 3,936 meters above sea level in central Peru.

The adult males reach size of 14.6-19.2 millimeters in length, while the females are larger measuring between 19.2 and 23.0 millimeters.

Due to the amphibian being known from fewer than ten localities, spread across less than 20,000 square metres, the species should be deemed either Vulnerable or Endangered, according to the IUCN Red List Categories and Criteria.

However, researchers suggest that the Attenborough's Rubber frog should be listed as Near Threatened instead, since the Piu Piu forest is formally protected and still largely unknown, so it is likely that there are more additional populations of the new species.

On the other hand, factors such as fungal infections, climate change, pollution and man-made fires continue to be threats for many Andean amphibians even inside protected areas.

"We dedicate this species to Sir David Frederick Attenborough in honour for his educational documentaries on wildlife, especially on amphibians (eg Life in Cold Blood,Fabulous Frogs), and for raising awareness about the importance of wildlife conservation," researchers said.

Among the numerous namesakes of Sir David Attenborough to date, there are a rare genus of beautiful flowering plants, a rare butterfly species, commonly known as the Attenborough's
black-eyed satyr, a flightless weevil species, as well as a number of extinct species.

Promoted
Listen to the latest songs, only on JioSaavn.com
The study was published in the journal ZooKeys.

(Except for the headline, this story has not been edited by NDTV staff and is published from a syndicated feed.)
Comments
frog speciesdavid attenboroughbritish broadcaster and naturalist david attenborougheducational documentaries on wild