In his address to the DNC, Bernie Sanders said the future of American democracy and its economy is at stake. He urged the people to elect Joe Biden, 77, and his running mate Kamala Harris, 55, in the November 3 presidential elections. 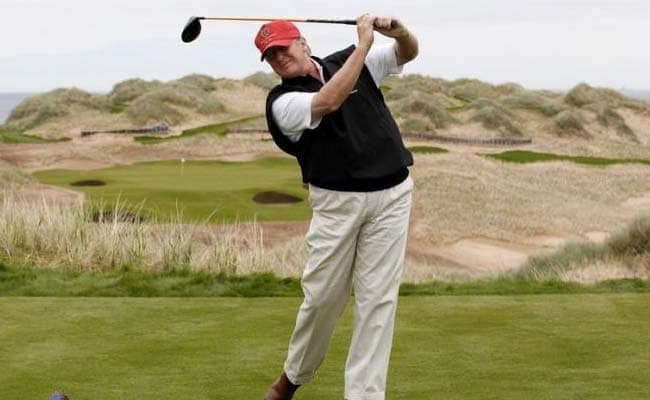 Top Democratic Senator Bernie Sanders launched a scathing attack on US President Donald Trump at the opening of the Democratic National Convention, saying the Republican leader posed a threat to democracy in the US and his disregard for science had jeopardised the economy and the lives of Americans.

The four-day convention was initially scheduled to be held in Wisconsin but it began virtually on Monday amid the raging COVID-19 pandemic. Senator Kamala Harris is set to be formally nominated by the DNC as the first-ever Black as well as the first-ever American of Indian and African descent as a vice presidential candidate by a major political party.

In his address to the DNC, Bernie Sanders said the future of American democracy and its economy is at stake. He urged the people to elect Joe Biden, 77, and his running mate Kamala Harris, 55, in the November 3 presidential elections.

Bernie Sanders, 77, who lost to Joe Biden during the party's presidential primaries, accused Donald Trump of giving root to "authoritarianism" in the country.

"I, and my family, and many of yours, know the insidious way authoritarianism destroys democracy, decency, and humanity. As long as I am here, I will work with progressives, with moderates, and, yes, with conservatives to preserve this nation from a threat that so many of our heroes fought and died to defeat," he said.

"This President is not just a threat to our democracy, but by rejecting science, he has put our lives and health in jeopardy. Trump has attacked doctors and scientists trying to protect us from the pandemic, while refusing to take strong action to produce the masks, gowns, and gloves our health care workers desperately need," he said.

Mr Sanders compared Donald Trump to 1st Century emperor Nero, under whose rule Rome was destroyed in the great fire of 64 AD.

"Nero fiddled while Rome burned; Trump golfs. His actions fanned this pandemic resulting in over 170,000 deaths and a nation still unprepared to protect its people," Mr Sanders said, in one of his sharpest attacks on the President.

"Trump's negligence has exacerbated the economic crisis we are now experiencing. Since this pandemic began, over 30 million people have lost their jobs and many have lost their health insurance. Millions of working families are wondering how they'll feed their kids and worried that they will be evicted from their homes," he said.

"The American people have caught on that this president and his administration are, to put it bluntly, frauds," Mr Sanders said.

The president has filled his administration with billionaires and gave trillions to the top one per cent of the rich and large corporations, the Democratic leader said.

"He tried to throw 32 million people off of their health insurance, eliminate protections for pre-existing conditions, and submitted budgets that proposed slashing Medicaid, Medicare, and Social Security," he alleged.

"Joe Biden will end the hate and division Trump has created. He will stop the demonisation of immigrants, the coddling of white nationalists, the racist dog whistling, the religious bigotry, and the ugly attacks on women," Mr Sanders said.

According to Mr Sanders, the November election is the most important in the country's modern history.

"It's Bernie Sanders' party, Joe Biden is just the empty vessel for it. As the Fidel Castro-loving, Soviet Union-honeymooning, dictator-defending communist comrade kicks off the Democratic convention, it's a fitting reminder of just how far left the party has moved since the days of Barack Obama. On nearly every issue, Biden has bowed down to the left-wing radicals running the Democratic Party," the Trump campaign said in a statement.

"Sanders's socialist revolution is complete. It's in the hands of Joe Biden and Kamala Harris," the Republican Party said in a separate statement.