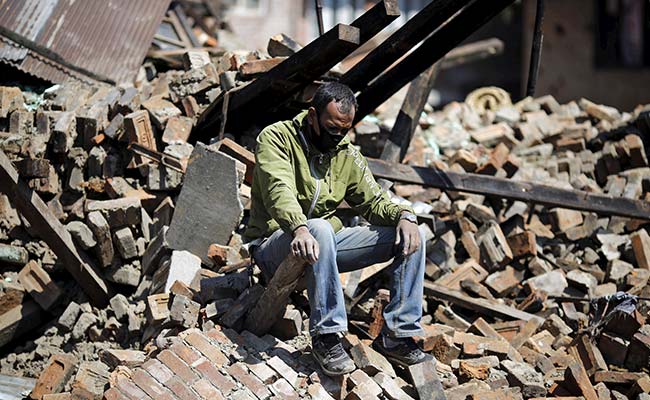 A Nepali man sits on rubble during rescue operations following the earthquake. (Reuters)

Kathmandu: Nepal's disaster panel on Sunday recommended that 4,050 foreign rescue and search personnel be sent back as its own security personnel can handle the task of recovering the remaining bodies of people killed in the April 25 earthquake, an official said.

The decision was taken at a meeting of the Central Natural Disaster Committee headed by Deputy Prime Minister Bamdev Gautam, who also holds the home portfolio.

"At the meeting, it has decided to send back all foreign rescue and search teams back as their mission is almost complete. Very few dead bodies are likely to remain in the rubble which our own security agencies are enough to handle," home ministry spokesperson Laxmi Prasad Dhakal told IANS after the meeting.

After sending these foreign personnel back with appreciation and gratitude, only some hundred people engaged in relief distribution would remain inside the country.

The decision has been forwarded to the cabinet a meeting of which was likely to take place on Monday to take a final call in the matter.

"We will extend thanks to these personnel for their contribution," said Dhakal.

In the aftermath of the quake, an emergency meeting of the cabinet on April 25 had called on the international community to dispatch search and rescue teams to Nepal.

Promoted
Listen to the latest songs, only on JioSaavn.com
A total 129 sniffer dogs were also deployed in the search and rescue effort. The international practice is that search and rescue teams should leave the affected countries within seven days.