Nawaz Sharif, Unwell In Jail, Not Allowed To See His Doctor, Claims Party

Nawaz Sharif was convicted in his absence overseas on corruption charges and arrested upon his return to Pakistan earlier his month, ahead of elections on Wednesday. 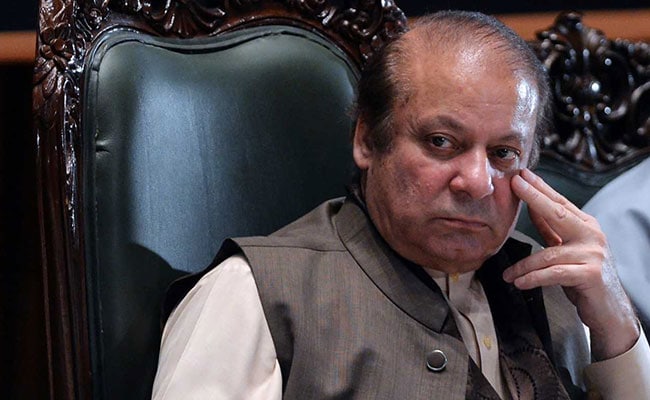 Sharif was convicted in his absence overseas on corruption charges and arrested upon his return to Pakistan earlier his month, ahead of elections on Wednesday.

Members of his Pakistan Muslim League-Nawaz (PML-N) have said the powerful military is trying to influence the vote against his party.

The former premier is widely believed to have returned to face a 10-year prison sentence to rally his embattled party ahead of a close contest with its main rival -- the Pakistan Tehreek-e-Insaf, led by cricket star-turned-politician Imran Khan.

"Nawaz Sharif, who is also a heart patient, has been quite unwell since Saturday after his blood pressure went up," Aurangzeb added.

Officials at Adiala jail in Rawalpindi where Sharif is being held could not be reached for comment.

Aurangzeb said Sharif needed a special diet due to the ongoing heart condition and should be provided with air conditioning, but was being denied both, adding his cell had "serious hygiene issues".

The government has assembled a team of doctors who are set to offer Sharif a checkup.

Sharif was ousted last year by the Supreme Court for alleged corruption. He became the 15th prime minister in Pakistan's 70-year history -- roughly half of it under military rule -- to be removed before completing a full term.

Since his dismissal he has engaged in open confrontation with Pakistan's security establishment, accusing the military of curbing democratic development and fostering links with militants.

The military remains the most powerful institution in the country, and has faced allegations in recent months that it is pressuring the media and politicians in a bid to manipulate the polls against the PML-N.

It denies the accusations and says it has "no direct role" in the elections.