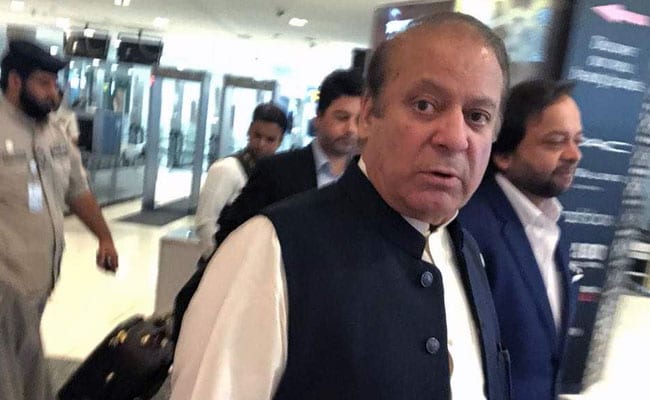 Mr Sharif, 68, along with his daughter Maryam, 44 and his son-in-law Muhammad Safdar are already serving jail terms of 10 years, seven years and one year at Rawalpindi's Adiala jail, after an accountability court convicted them on July 6 over the family's ownership of four luxury flats in London.

This morning, Mr Sharif was brought from the high-security jail in an armoured vehicle to the accountability court of judge Arshad Malik, who is hearing the remaining two cases -- the Al-Azizia Steel Mills and the Hill Metal Establishment case.

Strict security measures were in place; the media was not allowed in the court.

The pending corruption cases against Mr Sharif and his two sons were transferred by the Islamabad High Court on August 7, on the application of Mr Sharif, to another accountability court headed by judge Malik.

Three corruption cases were filed against Mr Sharif and his family last year following a decision by the Supreme Court in July 2017. The trial of the Sharif family started on September 14 and was to be completed in six months, but the deadline was extended thrice.

Apart from Mr Sharif, his two sons -- Hassan and Hussian -- are also co-accused in all three corruption cases.

The court has already declared the two sons as absconders due to their persistent failure to appear before the court. They have been blacklisted by the authorities, barring them from travelling on their Pakistani passports.