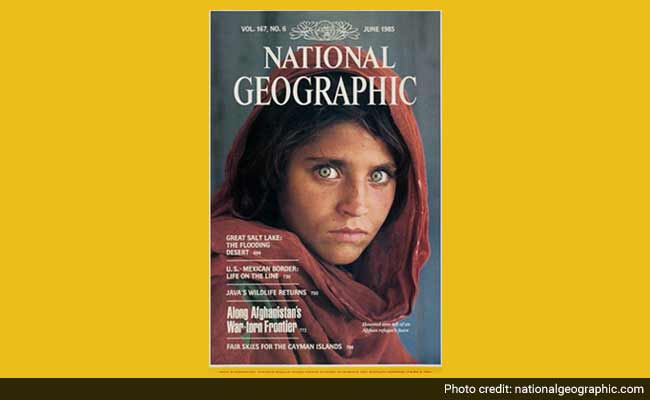 Pakistani officials are investigating after the famous green-eyed "Afghan girl" immortalised in a 1985 National Geographic magazine cover was found living in the country on fraudulent identity papers.

The haunting image of the then 12-year-old Sharbat Gula, taken in a refugee camp by photographer Steve McCurry, became the most famous cover image in the magazine's history.

After a 17-year search, McCurry tracked Gula down to a remote Afghan village in 2002 where she was living married to a baker and the mother of three daughters.

Now Pakistani officials say that Gula applied for a Pakistani identity card in the northwestern city of Peshawar in April 2014, using the name Sharbat Bibi.

Promoted
Listen to the latest songs, only on JioSaavn.com
She was one of thousands of Afghan refugees who managed to dodge Pakistan's computerised system and to get an identity card last year.

"This is one of the thousands of cases which was detected last year and sent to the FIA. We are waiting for the findings of the inquiry," Chachar said.

"Our vigilance department detected (the) Sharbat Bibi case in August 2014 and sent it to FIA for further investigation the same month."

"Around 23,000 cards of Afghan refugees were detected and blocked" in the 12 years since NADRA was launched, Chachar said.

In her official registration with NADRA, Gula said she was born in January 1969 and gave Peshawar as her place of birth.

The photo attached to the application has the same piercing green eyes and the same sculpted face seen in McCurry's famous image only older, lined by age and surrounded by a black hijab covering her hair completely.

An AFP reporter visited the poor Peshawar neighbourhood given as Gula's address in her papers, where residents said she had been living with her husband, who worked in a local bakery, but had left a month ago.

A senior official in NADRA's Peshawar office, where the cards were issued, confirmed the investigation and told AFP that Sharbat Bibi and her two sons Rauf Khan and Wali Khan were issued cards on the same day.

He said all the documents she used to get the card, which only Pakistani citizens are entitled to, were fake and her "sons" were likely also not related to her.

Brazil Reports Over 1,50,000 Coronavirus Cases In A Day