Muslim-American Fencer To Donald Trump: 'I Don't Have Another Home' 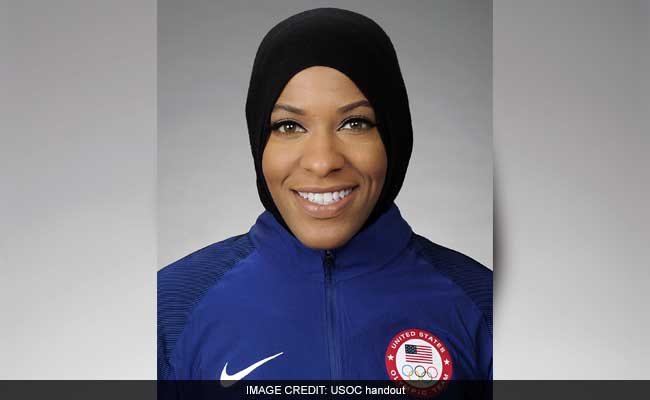 Fencer Ibtihaj Muhammad, first American-Muslim woman to compete in the Olympics while wearing a hijab.

Ibtihaj Muhammad, the fencer who happens to also be the first American-Muslim woman to compete in the Olympics while wearing a hijab, had strong words for Republican presidential candidate Donald Trump about his immigration plans for Muslims.

"I think his words are very dangerous," Muhammad, who is competing in team sabre competition Monday morning, told CNN last week. "When these types of comments are made, no one thinks about how they really affect people. I'm African-American. I don't have another home to go to. My family was born here. I was born here. I've grown up in Jersey. All my family's from Jersey. It's like, well, where do we go?"

Muhammad's comments came as Trump drew heavy criticism for his comments about the Khan family, whose son was killed while protecting his troops from a car bomb in Iraq in 2004. Muhammad has said little about politics since arriving in Rio de Janeiro for the Olympics, offering only a "Who?" when peppered by reporters during a press conference.

"I'm hopeful that, in my efforts to represent our country well as an athlete - that they change the rhetoric around how people think and perceive the Muslim community," she told CNN.

Muhammad, 30, is a Duke graduate and now lives and trains in New York. She knows that, win or lose, her presence in Rio is significant.

"I am excited to challenge the stereotypes and misconceptions people have about Muslim women," she told the BBC. "I want to show people that we can not only be on any Olympic team, but on the U.S. Olympic team which is the strongest of the world's teams."

And she plans to continue to speak her mind.

"As a global community, we have to work harder to change our current situation. It is an unhealthy one."