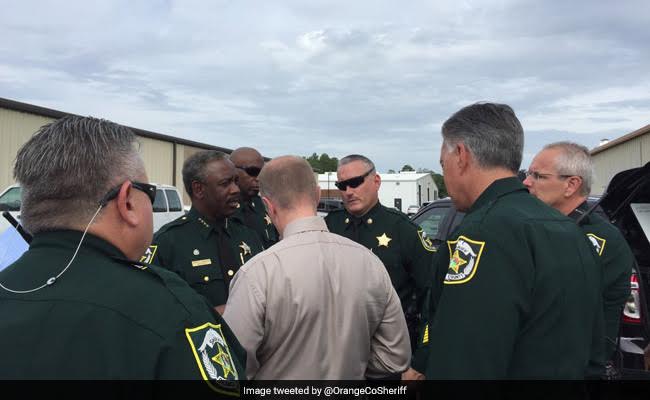 A man fired from his warehouse job in April returned to his old workplace near Orlando on Monday and fatally shot five people before killing himself, Orange County Sheriff Jerry Demings said.

The 45-year-old suspect had a history of misdemeanor criminal offenses but was not linked to any terror organizations, Demings said at a press briefing.

"He was a disgruntled employee that came back to this business this morning," said Demings.

The unidentified assailant arrived at the company that makes accessories for recreational vehicles and campers at about 8 a.m. EDT (1200 GMT) armed with a handgun and a knife, Demings said.

He did not use the knife but "shot five innocent people and then turned the gun on himself and killed himself," the sheriff said, adding seven people had survived.

Almost a year ago, on June 12, 2016, 49 people were killed at the Pulse nightclub in Orlando, the deadliest mass shooting in modern U.S. history. At least 58 people were also injured.

WFTV, a local television station, interviewed a woman who said her sister was in a washroom when she "heard a bang" in the workplace. She emerged and saw someone on the floor.

"My boss is dead," the worker told her sister during a cellphone call.

The woman told reporters her sister was not shot but received medical attention for shock. Neither woman was identified.

"Over the past year, the Orlando community has been challenged like never before," Florida Governor Rick Scott said in a statement. "I ask all Floridians to pray for the families impacted by this senseless act of violence."
© Thomson Reuters 2017

(Except for the headline, this story has not been edited by NDTV staff and is published from a syndicated feed.)
Comments
Florida ShootingOrlando Industrial Area shootingOrange County