7-Year-Old Asks Trump, Have You Ever Had No Food, No Water For 24 Hours? 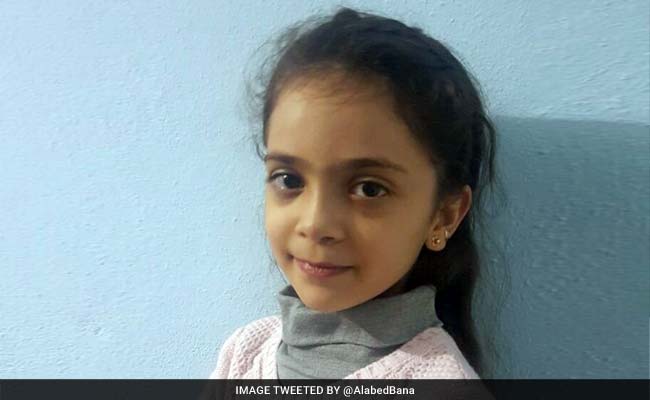 Sana Alabed and her mother have been tweeting about war in Aleppo since Septemeber 2016.

Damascus, Syria: This is the question a seven-year-old Syrian girl Bana Alabed -- who has garnered worldwide attention by tweeting about her life in Aleppo in Syria -- asked the US President Donald Trump in a fresh video.

"Have you ever had no food, no water for 24 hours? Just think of refugees and the children of Syria," asked Alabed on Twitter.

my video to Trump. " Mr @realdonaldtrump have u ever had no food & water for 24 hrs? Just think of refugees & the children of Syria." pic.twitter.com/qbaZGp0MvB

Alabed had earlier responded to a tweet of Trump wherein he had argued that the intention of his immigration ban was "about keeping bad people (with bad intentions) out of country!"

Alabed responded by asking: "Am I a terrorist?"

Trump recently signed an executive order that bans the entry of immigrants from seven Muslim-majority nations, including Syria, into the US that evoked widespread panic among travellers.

Soon after the ban, Alabed tweeted: "Dear Trump, banning refugees is very bad. Ok, if it's good, I have an idea for you. Make other countries peaceful."

Alabed has been posting, with her mother Fatemah's help, heart-rending and emotionally strong tweets about life in the war-torn Syrian city of Aleppo.

Promoted
Listen to the latest songs, only on JioSaavn.com
Alabed and her mother have garnered more than 366,000 followers since September 2016 as they tweet regularly about war in Aleppo, including the story of her house being destroyed.