The WHO announced in August it was looking for a new name for the virus, seeking suggestions from experts, countries and the public. 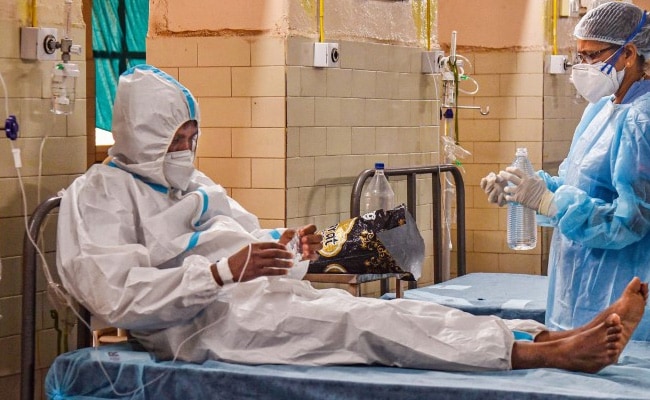 It is down to the WHO to assign names to diseases, as it did with Covid-19.

Monkeypox is to be renamed mpox, the World Health Organization announced Monday, in a bid to avoid stigmatisation stemming from the existing name.

Monkeypox received its name because the virus was originally identified in monkeys kept for research in Denmark in 1958, but the disease is found in a number of animals, and most frequently in rodents.

A surge in monkeypox infections has been reported since early May among men who have sex with men, outside the African countries where it has long been endemic.

"When the outbreak of monkeypox expanded earlier this year, racist and stigmatising language online, in other settings and in some communities was observed and reported to WHO," the UN health agency said in a statement.

"Following a series of consultations with global experts, WHO will begin using a new preferred term 'mpox' as a synonym for monkeypox. Both names will be used simultaneously for one year while 'monkeypox' is phased out."

The disease was first discovered in humans in 1970 in the Democratic Republic of Congo, with the spread among humans since then mainly limited to certain West and Central African nations.

But in May, cases of the disease, which causes fever, muscular aches and large boil-like skin lesions, began spreading rapidly around the world.

The WHO triggered its highest level of alarm on July 24, classifying it as a public health emergency of international concern, alongside Covid-19.

Some 81,107 confirmed cases and 55 deaths have been reported to the WHO this year, from 110 countries.

Where the given dataset was known, 97 percent were men, with a median age of 34 years old; 85 percent identified as men who had sex with men, according to the WHO's case dashboard.

Seventy-one countries have reported no new cases in the past 21 days.

It is down to the WHO to assign names to diseases, as it did with Covid-19.

The WHO announced in August it was looking for a new name for the virus, seeking suggestions from experts, countries and the public.

According to WHO best practices in disease naming adopted in 2015, names should aim to minimise unnecessary negative impact.

Considerations include scientific appropriateness, pronounceability, and usability in different languages.

"WHO will adopt the term mpox in its communications, and encourages others to follow these recommendations, to minimise any ongoing negative impact of the current name," it said.

The one-year transition is to avoid confusion caused by changing the name in the midst of a global outbreak.