She Paid $6.5 Million To 'Consultant' For Stanford Entry. She Was Tricked

The admissions scandal has led to the arrests of dozens of wealthy parents, including celebrities, high-profile lawyers and investors, and the heiress to the Hot Pocket fortune. 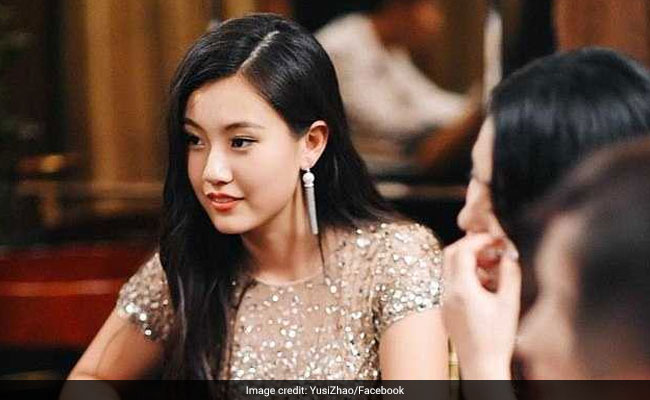 Yusi Zhao's mother said she believed the $6.5 million she paid was a legitimate donation.

The mother of a Chinese student said she was unwittingly ensnared in a sprawling college admissions scandal, believing the $6.5 million she paid to get her daughter into Stanford University was a legitimate donation that would go to scholarships for needy children.

The mother of Yusi Zhao, who attended Stanford, said through her attorney that she was tricked by William "Rick" Singer, the college consultant at the center of the admissions scandal, into thinking the donation was legitimate, according to the Los Angeles Times.

The development adds more intrigue to the admissions scandal, which has led to the arrests of dozens of wealthy parents, including celebrities, high-profile lawyers and investors, and the heiress to the Hot Pocket fortune. The FBI arrested 50 people in March in connection with Operation Varsity Blues, an investigation that uncovered a widespread college bribery scheme. Prosecutors say parents including Hollywood stars Felicity Huffman and Lori Loughlin paid hundreds of thousands of dollars to help their children lie and cheat their way in to selective colleges. Several, including Singer and many of his associates, have already pleaded guilty to fraud and conspiracy charges and are set to be sentenced later this month.

Singer's attorney, Don Heller, did not immediately return a request for comment.

No members of the Zhao family have been charged, and they are not mentioned in court papers. But when U.S. Attorney Andrew Lelling announced the arrests in March, he said one family had paid $6.5 million. The Los Angeles Times first reported that it was the Zhao family that had paid the seven-figure sum - far more than anyone else charged in the scheme. A spokeswoman for Lelling said she could not comment on the ongoing investigation.

It's not clear how the money was used, but Singer later donated a half-million dollars to Stanford's sailing program. The coach, John Vandemoer, was charged with accepting bribes to designate children of wealthy parents as athletes to boost their chances of acceptance, even if they were not competitive sailors.

Singer has pleaded guilty to numerous charges in connection with the scheme. Prosecutors say Singer solicited millions of dollars from wealthy parents eager to secure spots for their children at selective colleges and universities. He used the funds to bribe test proctors to help the children cheat on college entrance exams and to pay off college athletics coaches who designated the youths as athletes for sports they did not play, to secure their admission.

In a statement, Stanford, based in Palo Alto, California, said the university was unaware of a $6.5 million donation until it was reported by the media. Singer's foundation, whose funds were used to bribe coaches, gave $770,000 to the sailing team, including $500,000 on behalf of a student who was ultimately admitted. Stanford expelled the student after discovering falsehoods in the student's application. It has declined to identify any of the students implicated in the scandal.

"This generous act was not only done for the good of the school and its students but also done out of the love and support of Yusi by a caring mother," Vincent Law, the mother's Hong Kong-based attorney, told the Times. Law declined to identify the mother, calling her only "Mrs. Zhao." Law said his client believed that the money was going to needy children. He could not be reached by The Washington Post for comment.

(Except for the headline, this story has not been edited by NDTV staff and is published from a syndicated feed.)
Comments
Stanford UniversityYusi Zhao