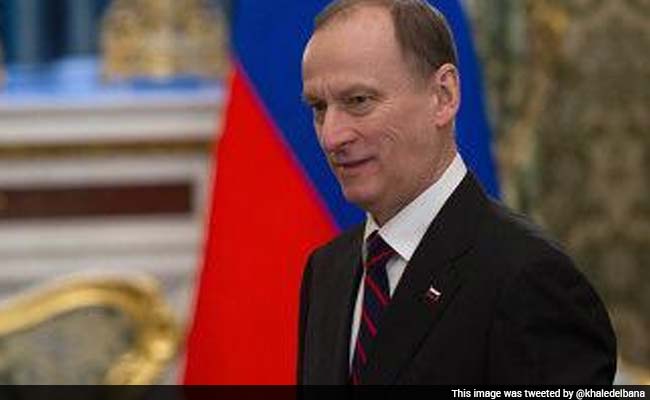 Nikolai Patrushev, former chief of the federal security service and current head of President Putin's group of security advisors, said today it is impossible to stop Russians from going to fight in Ukraine as they are guided by "emotions."

Moscow: The secretary of Russia's security council said today it is impossible to stop Russians from going to fight in Ukraine because they are guided by "emotions."

Nikolai Patrushev, the hawkish former chief of the federal security service (FSB) who currently sits at the helm of President Vladimir Putin's group of security advisors, said the conflict is fuelled by US attempts to wipe out Russia.

"We don't call on people to go and we don't reward them. But really, it is impossible to prevent it," he said, once people hear about the "atrocities" happening across the border.

"Emotions go into play, people head over there and fight," Patrushev said in a wide-ranging interview to Kommersant newspaper published today.

The 15-month-long conflict in Ukraine has claimed the lives of nearly 6,500 people and driven more than a million from their homes.

Ukraine and the West say Russia sends regular troops into eastern Ukraine to boost separatist forces in the Donetsk and Lugansk regions, but Moscow flatly denies such accusations.

Today the European Union formally agreed to prolong damaging economic sanctions against Moscow over its support for the rebels until January 2016.

Deployments of volunteers from Russia are no secret and various organisations have openly held collection drives for military gear in Moscow and elsewhere.

Putin portrays the crisis in Ukraine as the product of regime change instigated and funded by the United States, but Patrushev said in the interview that America's real goal is to destroy Russia.

"They don't care what will happen in Ukraine, they just need to exert pressure on Russia, so that is what the United States is doing," he said.

"They would want very much that Russia would not exist. As a country," he said.

"We have great resource wealth. And Americans believe we have them illegally or undeservedly," he said, adding that the US completely overpowers the European Union regarding Russia policy.

EU sanctions were only imposed due to "US influence," he said, adding even that Europe secretly recognises the annexation by Moscow of the Crimean peninsula in March 2014, which unleashed the first round of sanctions.

"They understand that everything that happened in Crimea was legal."

"Europeans are rather weak-willed and Americans are strong. The United States wants to dominate in the world," he said.
Comments
Nikolai PatrushevVladimir PutinEuropean UnionSecurity CouncilEU Economic Sanctions Against RussiaUS Russia ConflictRussia Ukraine Crisis