The severity of wildfires fears the disappearance of koalas - whose population across the country is around 80,000 specimens. 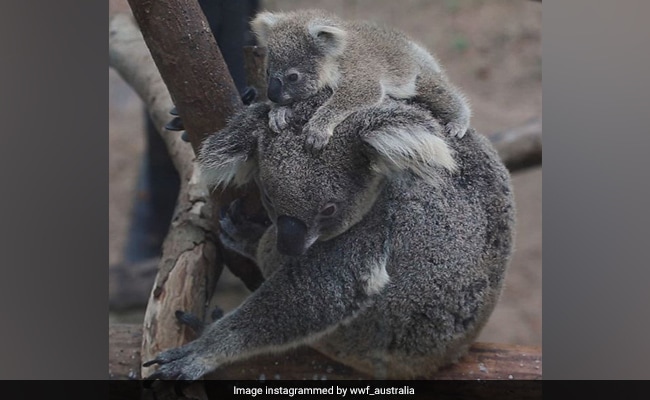 The massive bushfires that have been raging in eastern Australia since November have killed more than 2,000 koalas, a species classified as vulnerable, an ecologist said on Monday.

Australian ecologist Dailan Pugh told Efe news that the recent fires have claimed the lives of around 25 per cent of the approximately 8,400 koalas in the region.

Dailan Pugh's data, calculated through the potential distribution of animals and the area affected by the fires, is double the estimation of other foundations for the protection of koalas, animals that also face threats from the country's ongoing drought, diseases and logging.

Dailan Pugh, who also heads the non-profit North East Forest Alliance, estimated that 24 per cent of the koala habitat was lost along the northern coast of the New South Wales (NSW) state and recommended a moratorium on logging in the forests.

The ecologist explained that charred forests have lost their leaves and no longer provide shelter or food to the koalas, who have perished either directly from fires or indirectly due to lack of food.

The severity of wildfires fears the disappearance of koalas - whose population across the country is around 80,000 specimens - if such catastrophes continue and the remaining eucalyptus forests were not protected remaining on the north coast of NSW.

The severity of bushfires has led to fears about the koalas disappearing if such catastrophes continue and the remaining eucalyptus forests in the northern coast of NSW are not protected.

There are around 80,000 koalas in the Oceanic country, according to the non-profit Australian Koala Foundation.

The koala, which is particularly sensitive to any change in the environment, spends about 20 hours a day sleeping or resting, and uses the remaining hours to feed on leaves of several species of eucalyptus, a large part of which have been destroyed by the fires.

The fires, which have killed six people and burned hundreds of homes and charred 13,000 square kilometres of land across the country since July 1, have been linked to the climate crisis, even though the government has been trying to avoid the debate.

(Except for the headline, this story has not been edited by NDTV staff and is published from a syndicated feed.)
Comments
KoalasAustralian Bushfiresendangered species