Temperatures have soared well above seasonal averages from the US state of Oregon to Canada's Arctic territories, with forecasters warning of worse to come. 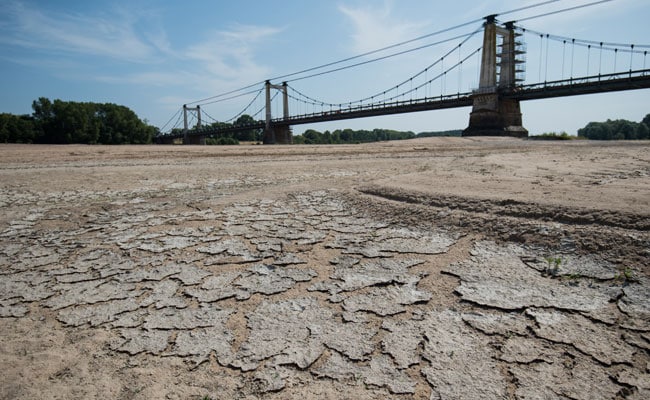 Canada braced Monday for its highest ever temperature as the country's west and swathes of the United States baked in an unprecedented heat wave, forcing schools and Covid-19 vaccination clinics to close and the postponement of an Olympic athletics qualifying event.

The village of Lytton in British Columbia already broke the record for Canada's all-time high, with a temperature of 116 Fahrenheit (46.6 degrees Celsius) on Sunday.

Temperatures have soared well above seasonal averages from the US state of Oregon to Canada's Arctic territories, with forecasters warning of worse to come.

"We are the second coldest country in the world and the snowiest," he said. "We often see cold snaps and blizzards but not often do we talk about hot weather like this."

"Dubai would be cooler than what we're seeing now."

Because of climate change, record-setting temperatures are becoming more frequent. Globally, the decade to 2019 was the hottest recorded, and the five hottest years have all occurred within the last five years.

On Sunday in Seattle, Washington state, the temperature hit 104 degrees Fahrenheit, a record that surprised residents not used to warmer climes.

"Normally it's probably like, maybe 60, 70 degrees is a great day -- everybody is outside in shorts and T-shirts -- but this is... ridiculous," one city resident told AFP. "I feel like I'm in the desert or something."

In nearby Eugene, organizers were forced to postpone the final day of the US Olympic track and field trials, moving afternoon events to the evening.

Across the border in Canada, stores sold out of portable air conditioners and fans, while cities opened emergency cooling centers and outreach workers handed out bottles of water and hats as more than 160 local heat records were set, including in the ski resort town of Whistler.

Several Covid-19 vaccination clinics were canceled and schools announced they would close due to the extreme heat.

Beaches and pools were packed while emergency services, overwhelmed with calls, warned of delays for ambulances.

Several people without cooling at home told AFP they slept overnight in their air conditioned cars or in underground parking garages, some with their pets.

Others shared instructions on how to assemble makeshift chillers using a fan attached to a box filled with bags of ice.

Environment Canada issued alerts for British Columbia, Alberta, and parts of Saskatchewan, Manitoba, Yukon and the Northwest Territories, saying the "prolonged, dangerous and historic heat wave will persist through this week."

The NWS issued a similar warning, saying the "hottest temperatures of the ongoing historic heat wave are expected across the Pacific Northwest today."

The scorching heat -- which is breaking records in Canada and the United States dating back more than 80 years -- has been blamed on a high-pressure ridge trapping warm air in the region.

"And it's not just a one-day wonder. It's a seven-day kind of thing," he said, with temperatures forecast to reach 47 degrees Celsius (117 Fahrenheit) or higher.

Nick Bond, an atmospheric scientist at the University of Washington, said the freak weather event was not entirely due to climate change, but was exacerbated by it.

"Climate change is a factor here, but definitely a secondary one," he said.