British Airways said it was hoping to operate a near-normal schedule of flights from Gatwick, London's other major airport, and the majority of its Heathrow services. 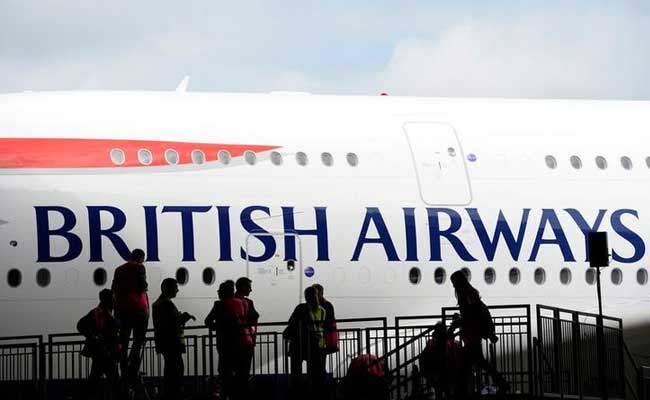 BA cancelled all its flights out of the two airports on Saturday after the IT failure.

Around a quarter of Sunday's flights set to depart from London's major hub before 10.00 pm (2100 GMT) were cancelled as the airline battled to contain the "knock-on disruption" to schedules, with aircraft and crews out of position around the world.

British Airways said it was hoping to operate a near-normal schedule of flights from Gatwick, London's other major airport, and the majority of its Heathrow services.

More flights left Heathrow as the day wore on, but most were operating with delays. Travellers also faced hold-ups at Gatwick, but no flights were cancelled.

BA cancelled all its flights out of the two airports on Saturday after the IT failure, which shut down all of the carrier's check-in and operational systems and affected call centres and its website.

However, it did not appear to be a cyber-attack, according to chairman and chief executive Alex Cruz, who said the root cause appeared to be a "power supply issue".

Britain is still recovering from a ransomware attack that crippled crucial infrastructure earlier this month, including computer systems at the National Health Service.

BA's outage came on a busy weekend in Britain, where Monday is a public holiday and many schoolchildren are beginning a week's holiday.

The airline advised passengers not to come to the two airports unless they had confirmed bookings, with disruption expected throughout the holiday weekend.

Cruz warned that Heathrow terminals were still "very congested" and told passengers not to arrive too early, as they may only be admitted 90 minutes before their departure.

The carrier said those unable to fly would be offered a full refund.

An AFP photographer at Heathrow's Terminal 5 on Saturday said many travellers were waiting outside the departure area with their luggage in "chaotic" scenes.

Tearful passenger Melanie Ware flew from Los Angeles to Heathrow for a connecting flight to Venice on Saturday for her honeymoon.

She said that flight was cancelled, and another flight she rebooked for Sunday was also cancelled, while there was no sign or news of the couple's luggage.

"British Airways has ruined our honeymoon," she told Sky News. "They're not helping us at all."

Passengers were asked to contact the airline in order to locate their luggage, after many were forced to leave Heathrow without claiming their bags.

The carrier said it was "extremely sorry" for causing inconvenience over the holiday period.

British Airways has suffered other IT glitches recently, leading to severe delays for passengers in July and September last year.

IAG, the parent group of British Airways and Spanish carrier Iberia, earlier this month reported a 74-percent slump in first-quarter net profit to 27 million euros ($30 million), due in large part to a weak pound.

(Except for the headline, this story has not been edited by NDTV staff and is published from a syndicated feed.)
Comments
British airwaysHeathrow AirportIT system failure