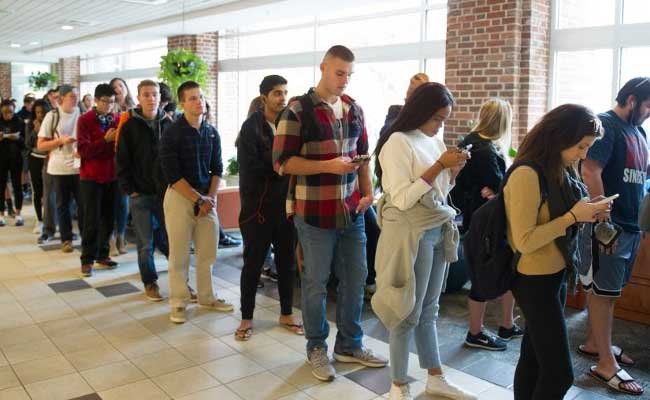 WASHINGTON: Some 15 percent of Americans who cast a ballot on Tuesday said it was their first time voting in a presidential election, according to an early reading from the Reuters/Ipsos national Election Day poll, up from 9 percent of voters who said so in 2012.

Promoted
Listen to the latest songs, only on JioSaavn.com
The poll of nearly 35,000 people also showed that 13 percent of voters had waited until the final week of the presidential race to make up their mind between the candidates, who include Democrat Hillary Clinton and Republican Donald Trump, up from 9 percent who said so in 2012.

The Federal Bureau of Investigation announced in late October that it was looking at more emails connected to its investigation of Clinton's use of a personal email server while secretary of state. FBI Director James Comey later said that the new trove of emails did not affect his earlier decision to not bring a criminal case against Clinton.
© Thomson Reuters 2016